I have written numerous articles about ASP.NET and creating memory dumps, but noticed I had not written one specifically about capturing an ASP.NET Core memory dump on an Azure App Service.  Here are some of my ‘related’ articles of this matter.

I created an ASP.NET Core 2.0 application in Visual Studio 2017, like that shown in Figure 1. 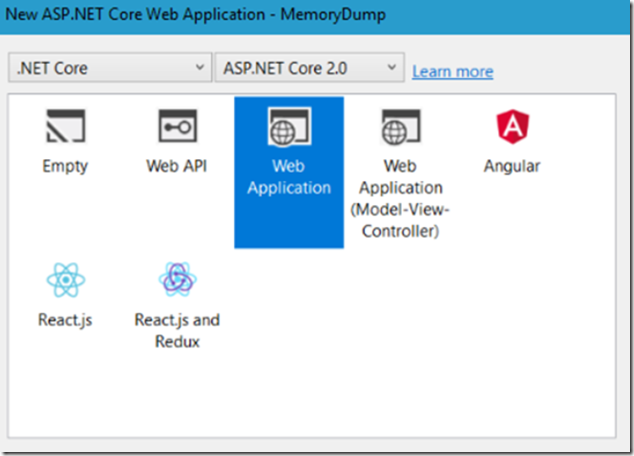 Inside the Index.cshtml.cs file I added the infamous Sleep() method to make sure performance is not very good.  And indeed it is slow, 5 seconds exactly.

Then I published the project out to an Azure App Service via Visual Studio 2017, Figure 2, by right-clicking the project –> Publish and followed the wizard where I selected the subscription, resource group and app service plan, I show a figure of that relationship here. 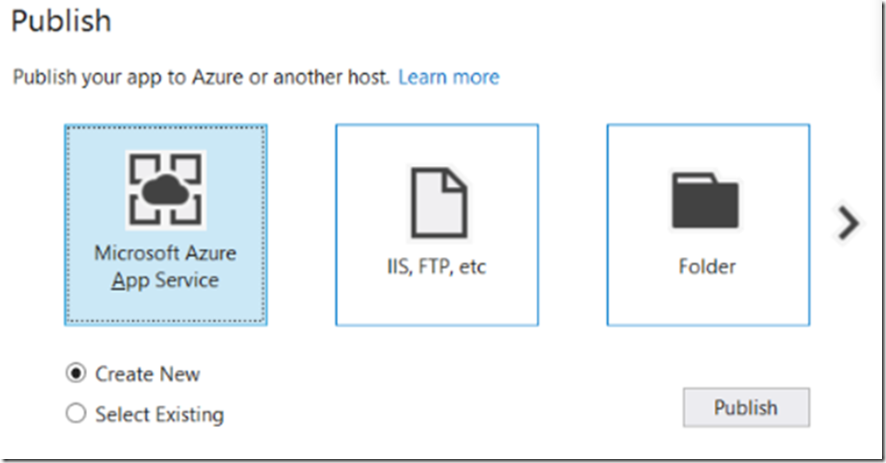 Figure 2, how to publish an ASP.NET Core 2.0 application, simple, to Azure App Service

After it published I accessed KUDU / SCM as I explained here, and navigated to the Process Explorer Tab.  As Seen in Figure 3.

I tried to have 5 request running at the time I took the memory dump, let’s see how it looks.

If you have not already seen my article “Must use, must know WinDbg commands, my most used”, then check it out here.  As seen in Figure 5, running !mex.us grouped thread 15 and 16 together as they had the same stack patterns.  I found 1 other thread that was running my request, but the stack was a little different so it didn’t make that group. 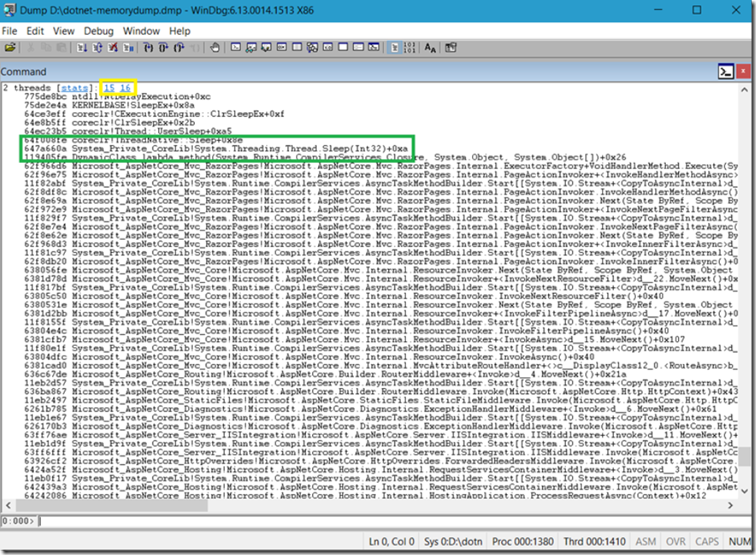 Like always, it is easy to find the problem when you coded it on purpose, but the point is, if you see a lot of threads doing the same thing in the process and when you took the dump there was high CPU or high latency, it is highly probable that the method at the top of the stack is the one that needs to be looked into more.

An added tip, to see the value of the Int32 that is passed to the System.Threading.Thread.Sleep() method, as that is managed code, you can decompile the module and then look at the code, but if you didn’t want to do that you can execute kp, as seen in Figure 6. 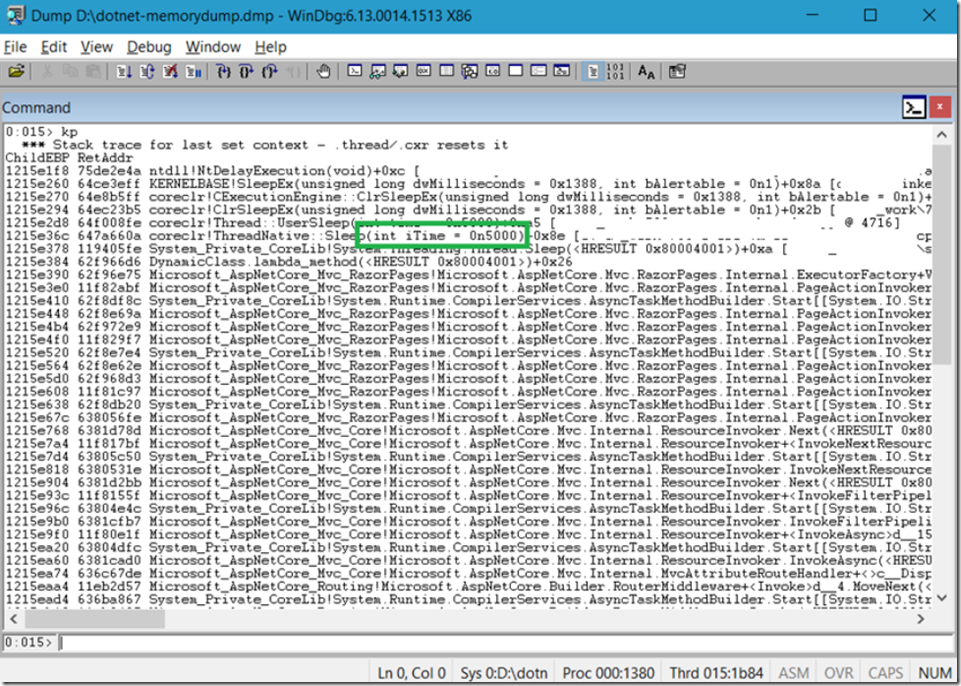