I wrote this article for the November 2016 MSDN Magazine, it is part one of a two part series. Part two is coming next month, December 2016.

Part one of the article covers:

Part two of the article covers the remaining topics:

I have written a few other articles on similar topics like #BotFramework #CognitiveServices #Azure #BrainInterface #Emotiv #IoT #LUIS for example: 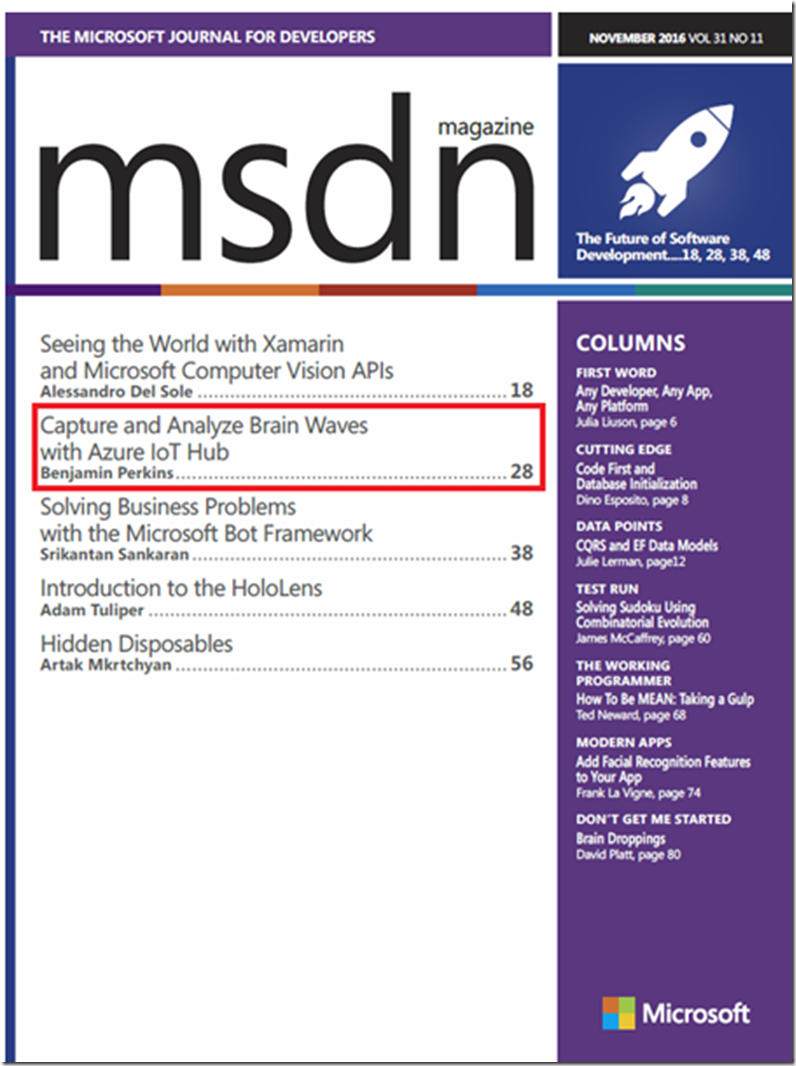