I have been working with the Bot Framework available from here. While I was testing it out I encountered 3 road blocks that I will share just to make it move along faster if you happen to encounter the same. I followed these instructions which worked just fine. The issue I faced were during the testing of the Bot via the Emulator. I had 3 issues:

405 MethodNotAllowed when testing a Bot from the Emulator

As shown in Figure 1, the response from my ‘Hi’ message was a 405. The issue was on my side and was due to the configuration/setting I had for the Bot Url. 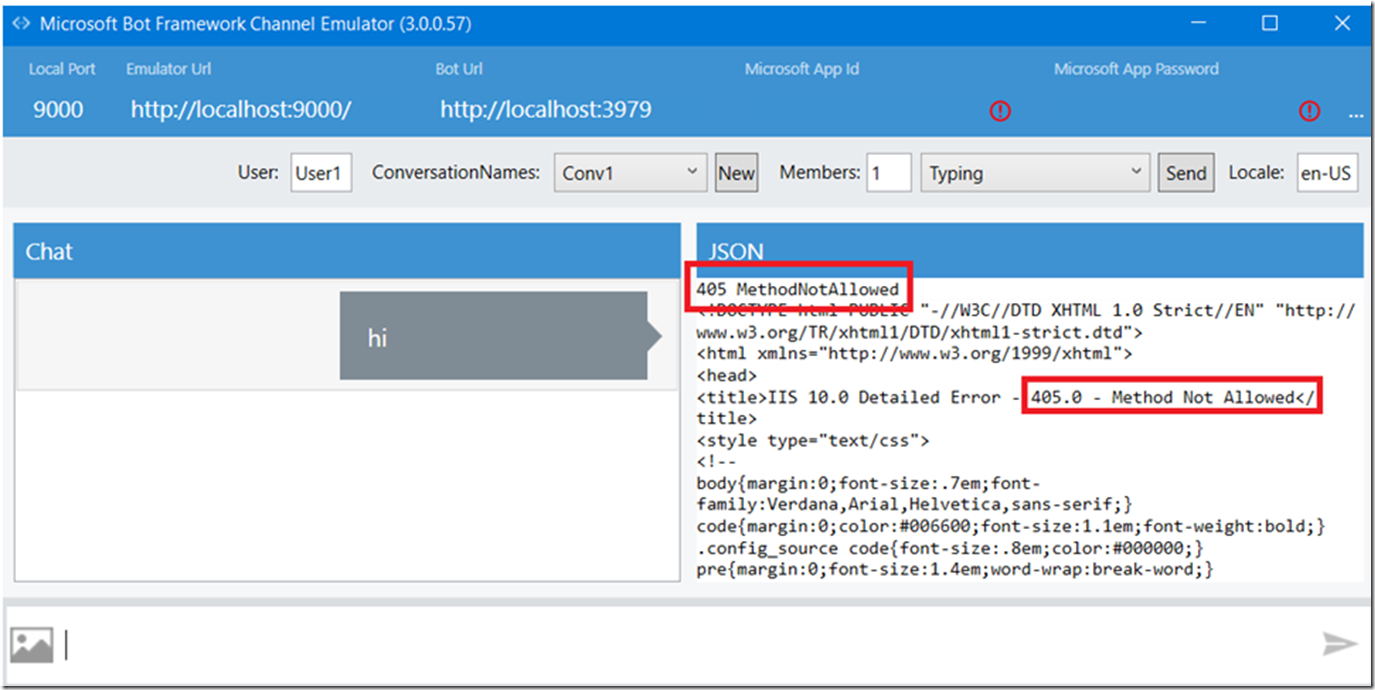 I wrote this article here where I had received a 405 when calling a WebAPI and thought immediately that ‘I got this’. It actually turned out to be easier than that.

The fix was to update the Bot Url to include /api/messages so that the request went to the controller instead of the default.htm file, as shown in Figure 2.

Figure 2, how to solve 405 using the Bot Emulator

As you can see, however, I then received a 401 Unauthorized response.

401 Unauthorized when testing a Bot from the Emulator

Figure 3, app id and app password for a Bot

500 Internal Server Error when testing a Bot from the Emulator

Figure 4 shows the error you get when you try and use the Emulator without NGROK configured.

Figure 4, getting a 500 internal server error with my Bot

To troubleshoot this I enabled FREB tracing on my Azure App Service Web App and it immediately made sense to me…as shown in Figure 5, the response is being sent back to the localhost address on port 9000.

Using NGROK I was able to make the Emulator work, nothing too complicated there.

As I am writing a Skype Bot I simply added my Bot to my list of contacts and it also worked as expected. This is really cool stuff.