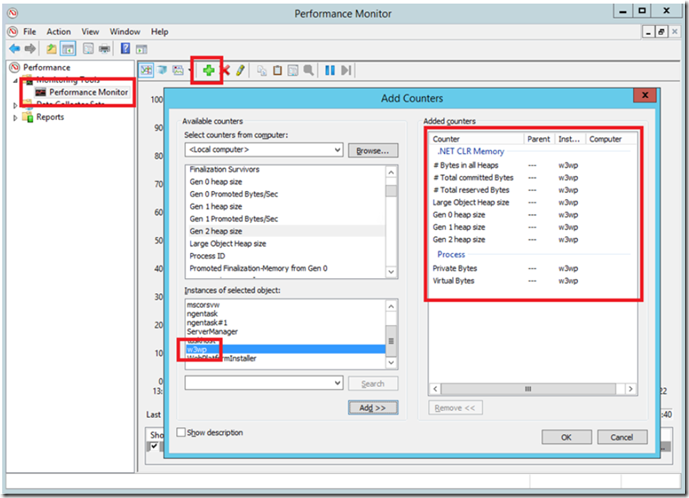 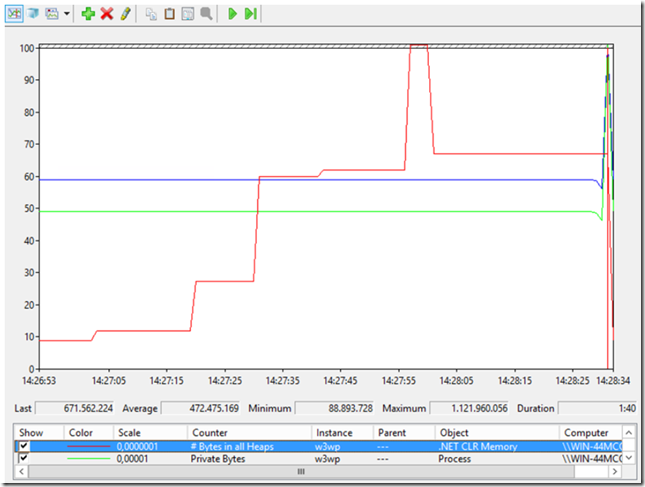 Without already knowing which link you clicked to trigger the memory consumption, this would just look like the W3WP process is consuming too much memory. If you open Task Manager and look at the amount of memory consumed, then you can also confirm that.

In the next lab you will find out how to determine which objects are consuming the memory and trace it back to the method, class and page from which it is triggered.

You know now that your web site is having a problem and it consumes too much memory. If you had determined that the memory was leaking and it was managed code, then the process is usually to capture ~3 memory dumps 1-2 minutes apart and then compare them to see where the memory is being leaked. However, if the issues is not a leak and you only want to see what is consuming the memory when the process is larger than expected, you would only need to capture a memory dump while the consumption issue was greater than expected. I wrote about a number of ways to capture a memory dump here, but in this case I think it is safe to use the quick and simple method.

When the W3WP process is consuming too much memory as shown below, right-click the process and select Create dump file. NOTE the process is consuming 1.52GB and will there for create a file of that size on the C:\ drive. If you are short on disk space don’t do it this way, instead use PROCDUMP or some other tool where you can specifically set the location where the file is written.

As the process is running in a 64Bit process and using 4.5 I have copied not only the memory dump to my local machine but the C:\Windows\Microsoft.NET\Framework64\v4.0.30319\SOS.dll file. I may also use MEX which I describe here.

1. Open the memory dump in the 64bit version of WinDbg and load the SOS extension: .load SOS.dll 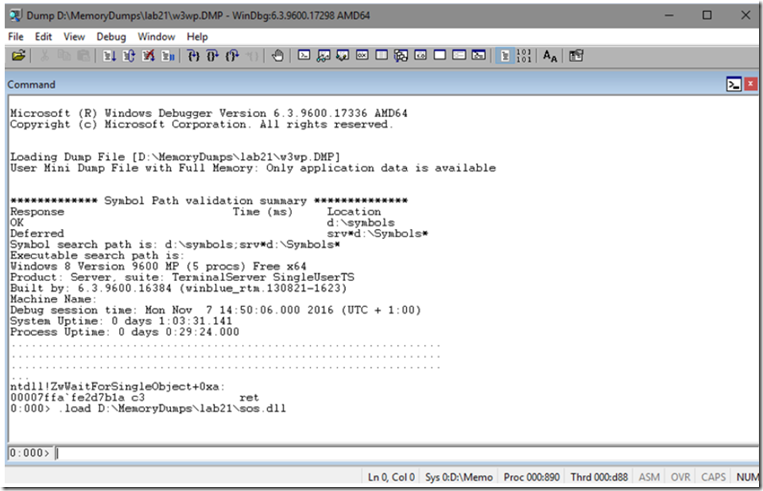 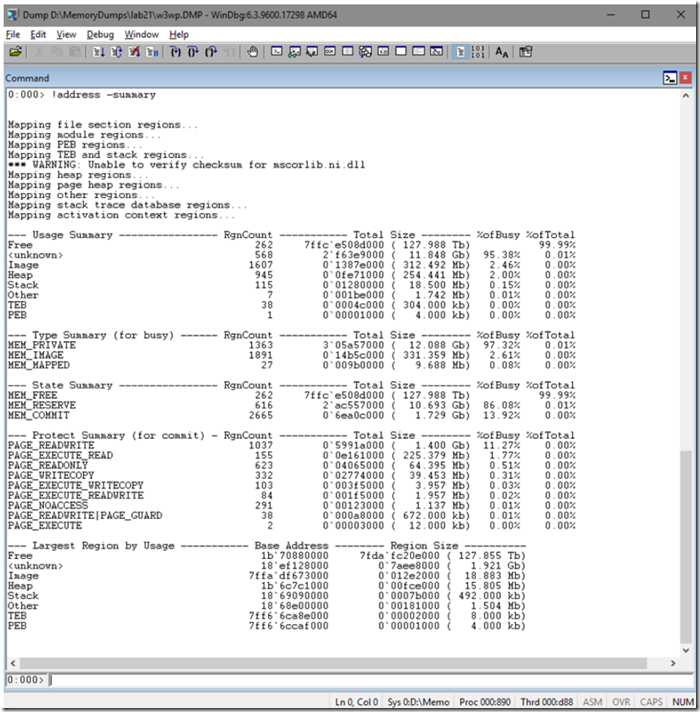 I look at the bottom of the report and see the ‘Largest Region by Usage’ and I see that there is 1.921GB allocated to which is commonly mapped to managed code. 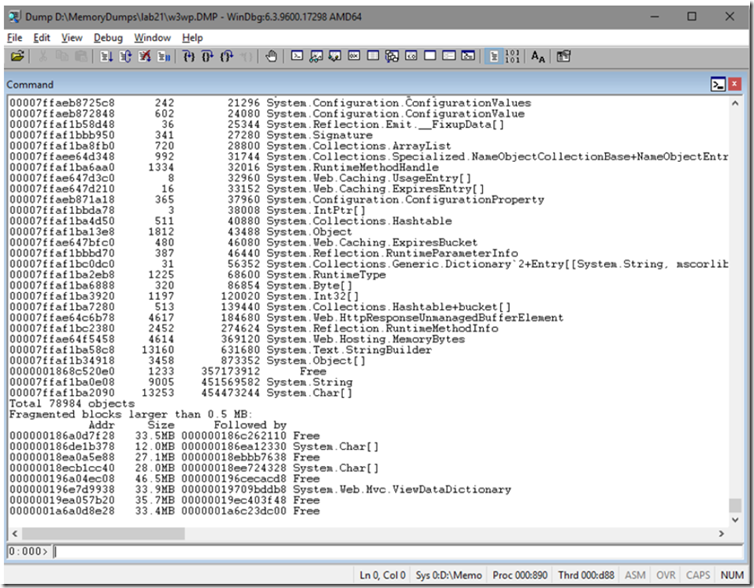 From this point it is complicated and time consuming because from now, you just need to look at anything/everything that seems wrong, being able to find what is wrong comes from experience, talking to colleagues and just plan old elbow grease.

It is very obvious that there are a large number of System.String (9005) with a size of 450MB and a 13253 System.Char[] with a size of 454MB. Most of the memory dumps I analyze match this pattern because the most used variable type is generally a String. 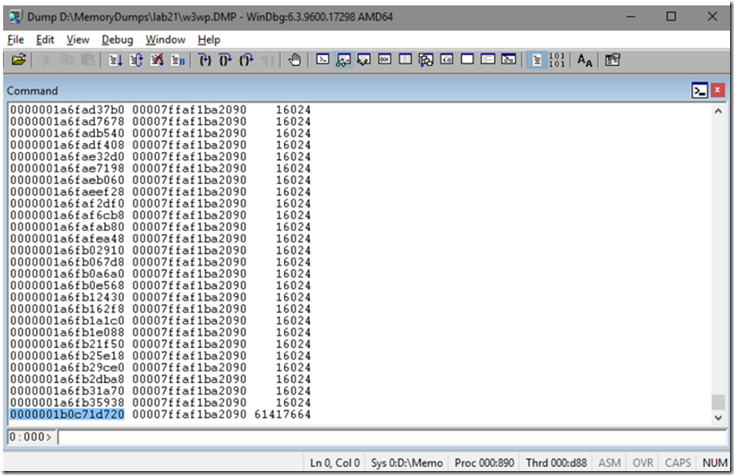 In this case I get another clue that perhaps I can look at the Forums –> Rate Product to see what is going on there. 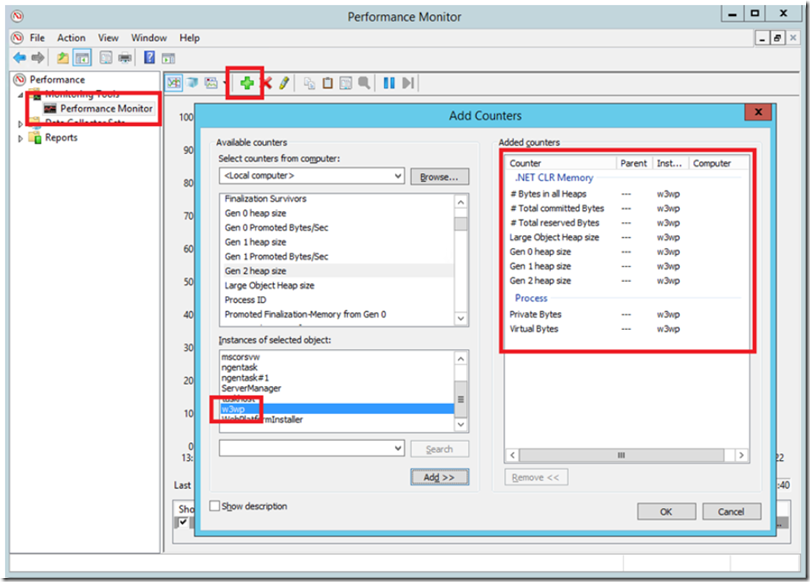 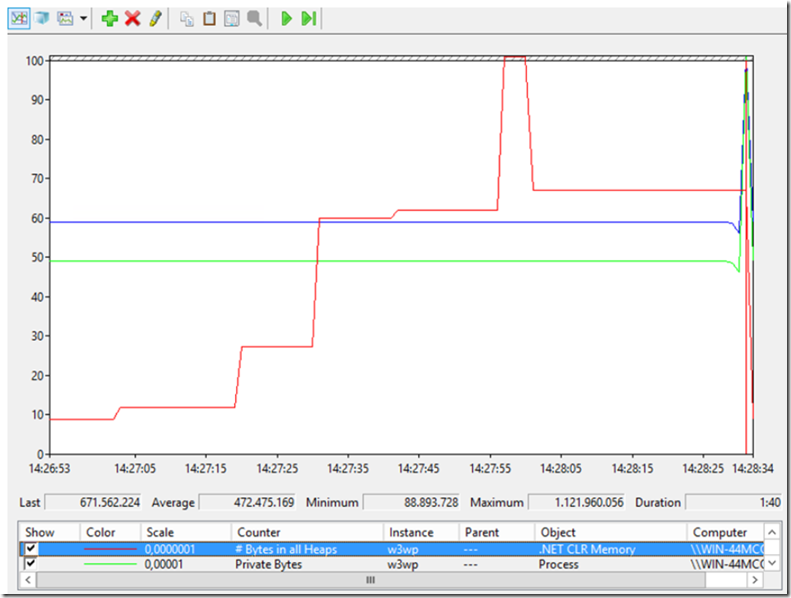