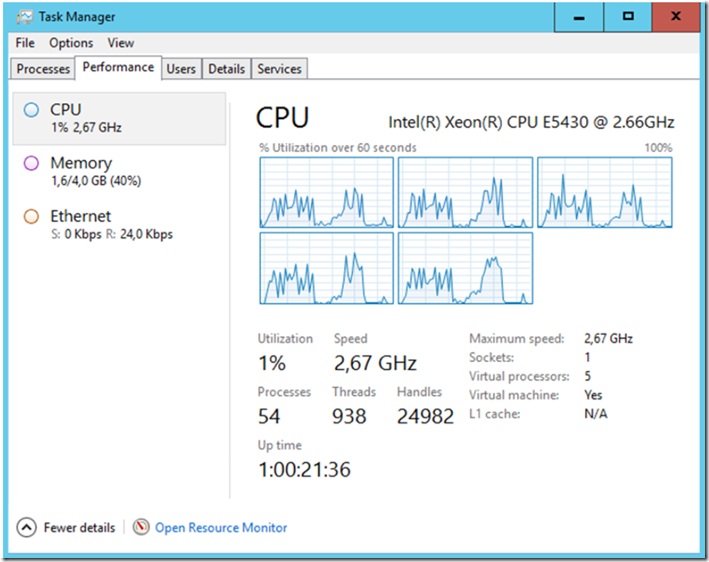 a. Consider the following PROCDUMP command which will captures a series of 3 memory dumps 5 seconds apart: 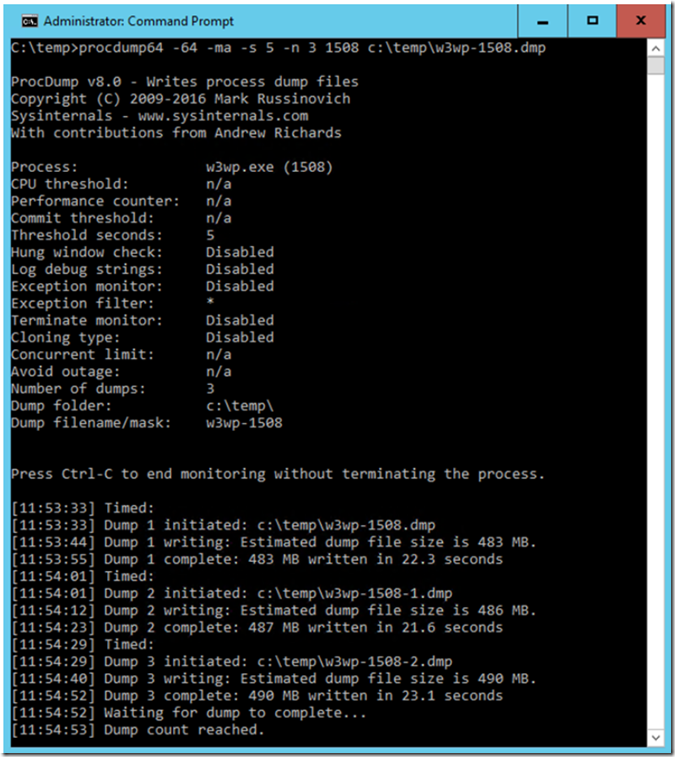 b. !threadpool -> to check the CPU utilization…

c. !threads ~50 threads. Q: is that a lot? A: It depends on the application, but in general I would not consider this a lot. It does look odd that there are ~50 threads running and there is no CPU consumption. Notice that the Lock Count shows that there are a number of locks, I.e. where Lock Count = 1. The locked threads are 31 and 32.

d. ~* kb 2000 -> list all the native stacks, do you see any stacks that repeat, for example clr!AwareLock or clr!JITutil_MonContention

e. ~* e !clrstack -> list all the managed stacks, do you see any stacks the repeat, for example: System.Threading.Monitor.Enter(System.Object)? Think about what the problem is here or where the problem is happening.

I am seeing two patterns emerge, one istriggered from the OrderItem() method and the other from the EnterPaymentInformation() method.

f. Enter !syncblk -> to list blocked threads and what they are waiting on, which thread is blocking?

h. Execute !clrstack on the blocking thread, what do you see? You should/might see the Sleep()…maybe not depending on when the dump was taken…you should see it…

i. Either check what the OrderItems() method in the OrderCOntroller.cs file or !sam and open the DLL in Reflector to view the code and see what is happening.