Change is good, it is better than the alternative.  There have been a lot of changes over the past few years when it comes to ASP.NET.  One change, or should I call it a new product is Blazor Apps.  I won’t go into what this is and how it works because there is already plenty of information about that, you can start here.

Let me take a step back, before I created my first Blazor App I created an ASP.NET Core Web API which my Blazor WebAssembly would call.  Once the Web API was created I had it running on my workstation.

When you run an ASP.NET Core Web API locally, you can access it via a browser, the URL would look something similar to the following.

The numbers after the semicolon is the port number and would likely be different in each case.  So when I use that API endpoint from my Blazor App I received this exception.

I also captured this of the Exception class, and I must admit that it wasn’t helpful. 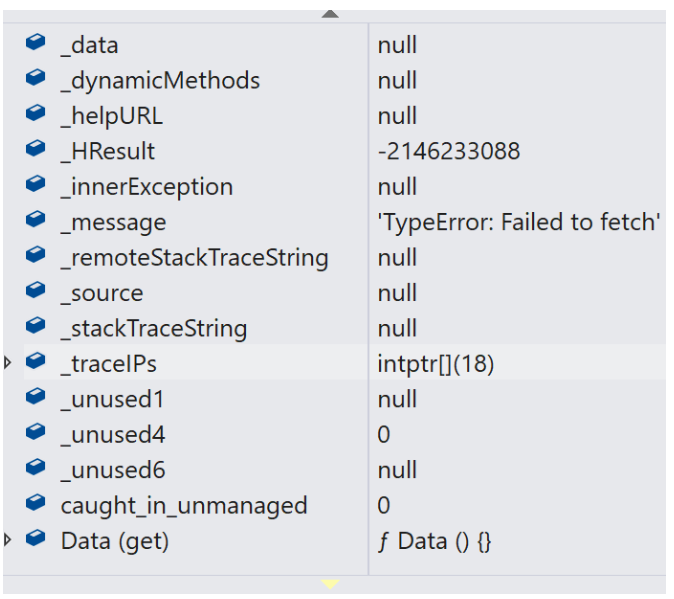 I am not sure if the error description in the ERR tool meant CORS but that is how I interpreted it and what lead me to the solution.  See Figure 4.

I have the code example hosted on my GitHub here.  After adding the code snippet and restarting both the Web API and the Blazor App, it worked!