I wrote a few similar articles about installing Core components, read them to get some greater perspective:

Figure 1, which version of Visual Studio am I running

As you can see, I am currently running Version 15.6.4 which is not the required version for using ASP.NET Core 2.1.

I wasn’t able to update from within Visual Studio after by selecting Tools –> Extensions and updates, so I went here and downloaded the installation tool which opened Visual Studio Installer and was prompted to then install the update, as seen in Figure 2.

Press the Update button to begin the update.  Once completed I was on version 15.7.3 as seen in Figure 3.

Figure 3, which version of Visual Studio am I running

Like in the other articles where I discussed installing .NET Core features, it needs an SDK which you can find here.

Download and install the latest .NET Core SDK.  The files were placed into the c:\Program Files\dotnet.  Before the upgrade, I checked the version of the dotnet.exe and saw 2.0 as shown in Figure 5.

And I see the updated version, Figure 7. 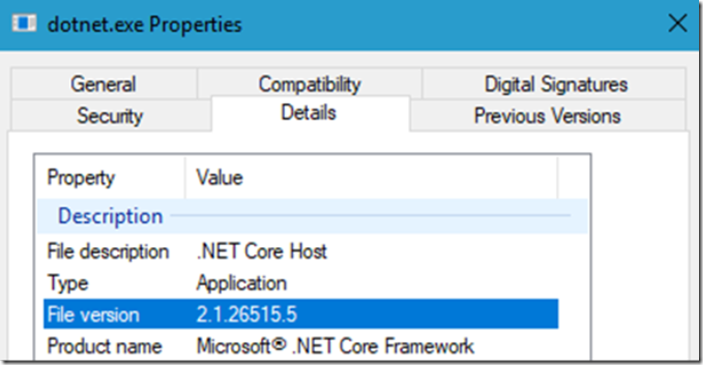 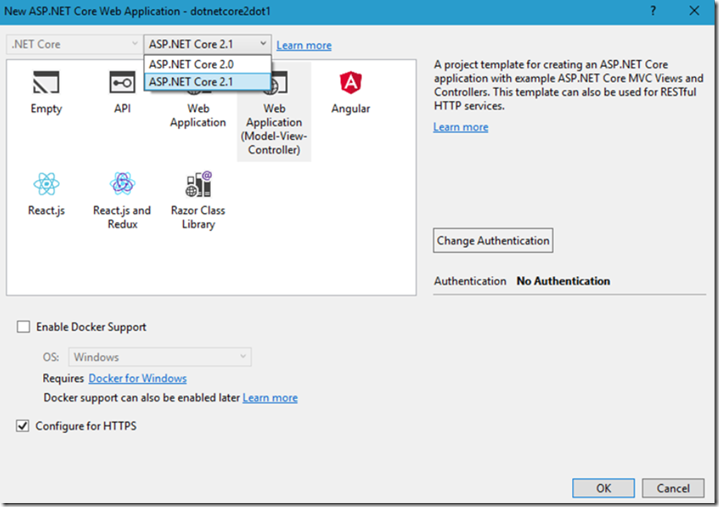