Figure 1, add a group to an Azure Active Directory domain

While I was at it, I added my global-admin user I created in the article to the LevelEinsAccessGroup.  I added 2 more groups and added at least 1 user to that group.  To make it interesting, as I went from level eins (1) to level drei (3) I added each of the higher level groups to the lower level groups, as seen in Figure 2. 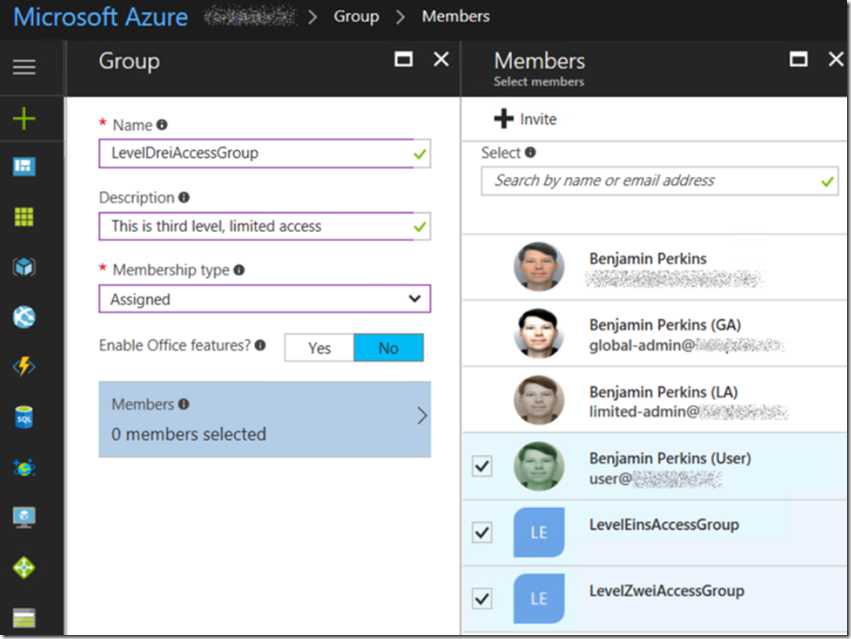 This is better than adding individuals to each of the group, it means that a user added to group LevelEinsAccessGroup also has access to all the features granted to group LevelDreiAccessGroup.  From an administration perspective, then if I need to remove a users access from the application where I have implemented this security model, I would only need to remove the user from 1 group and not need to look through all 3 groups to see if that individual has access.

Now I have created 4 users which are assigned to both Azure Roles and 3 or more custom security groups.  Figure 3 shows that LevelDreiAccessGroup contains 1 user and 2 groups. 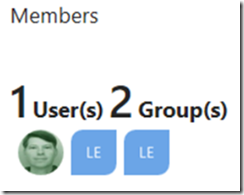 Figure 3, how to view users and groups contained within an Azure Active Directory group

And Figure 4 shows that I have 4 users and 3 groups.  Cool stuff, but I might want to consider adding some picture to the group or name them more different so it is more intuitive which group is which…for later days

Figure 4, how to view users and groups contained within an Azure Active Directory group