I wrote an article here about how to capture a memory dump of the W3WP process that runs your Azure Web App.  Once you get the Memory dump, here are the steps you need to find out what the reason for the slow performance is.

First, I open the W3WP dump in WinDbg, as shown in Figure 1. 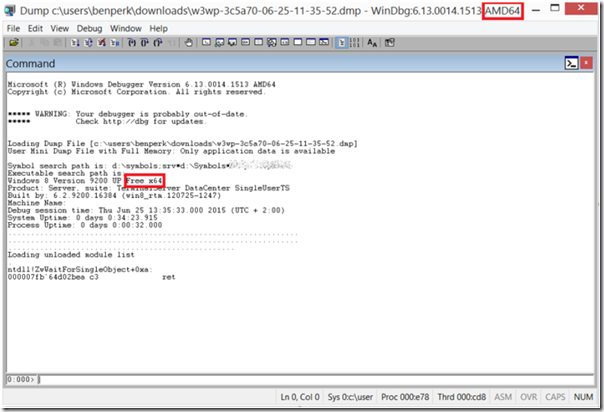 Notice in Figure 1 that the WinDbg version is AMD64 and the W3WP process is x64.  This is important.  If your W3WP process is running in 32bit mode, then you need to open the dump in the 32bit version of WinDbg.

I know that I am running .NET 4.5, but want to check the actual version, so I execute command lmDvmclr command to get the details of the module.  The output of that command is shown in Figure 2. 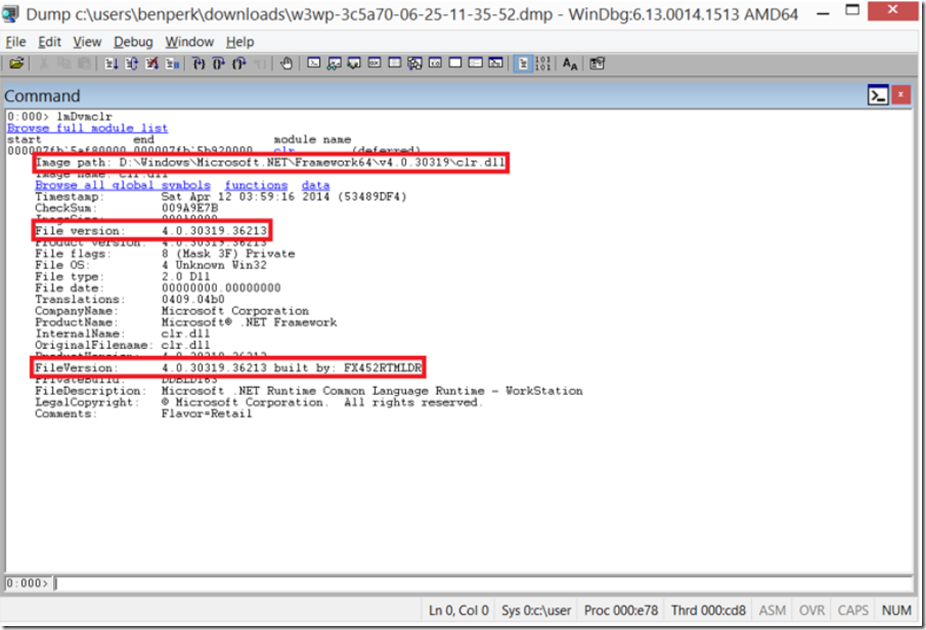 Figure 2, determining the .NET version in which my W3WP process is running

The output shows the location of the clr.dll, which is in the D:\Windows\Microsoft.NET\Framework64\v4.0.30319\ directory, the specific file version of 4.0.30319.36213 and that it is actually .NET version 4.5.2.  The version of the CLR is important because you need the SOS.dll which is a managed code extension library used for analysis of the memory dump.  If you happen to have the same version on your client machine, super, use the SOS.dll in the C:\Windows\Microsoft.NET\Framework64\v4.0.30319\, otherwise, you can download it from your Web App VM via KUDU.  Simply navigate to the D:\Windows\Microsoft.NET\Framework64\v4.0.30319\ and download the SOS.dll file, place it into the same directory as the DMP file you are analyzing.  Figure 3 shows how to download the file. 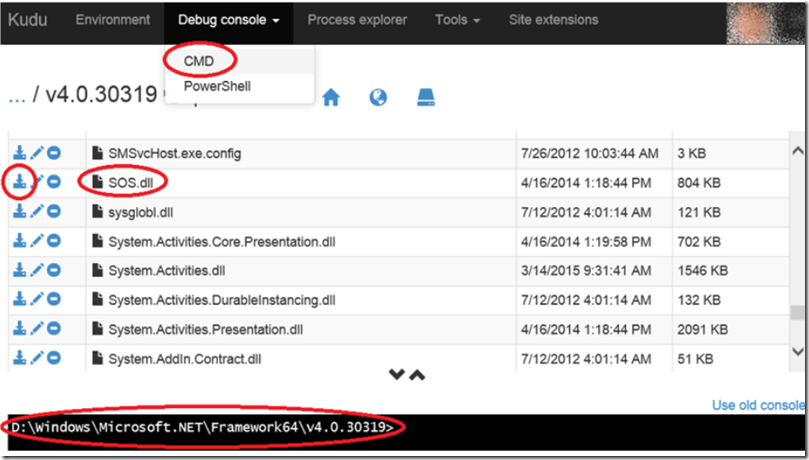 Figure 3, getting the SOS.dll for debugging the Azure Web App memory dump

Once you have the SOS.dll in the same directory as the memory dump, execute .load <drive:\>Directory\SOS.dll in WinDbg and the extension is loaded and ready for use.  You can enter !sos.help to get a list of commands.

What I am interested in is finding the thread that was running my request which was slow or hung.  So I enter command !sos.threads and look at the output.  The output is show via Figure 4. 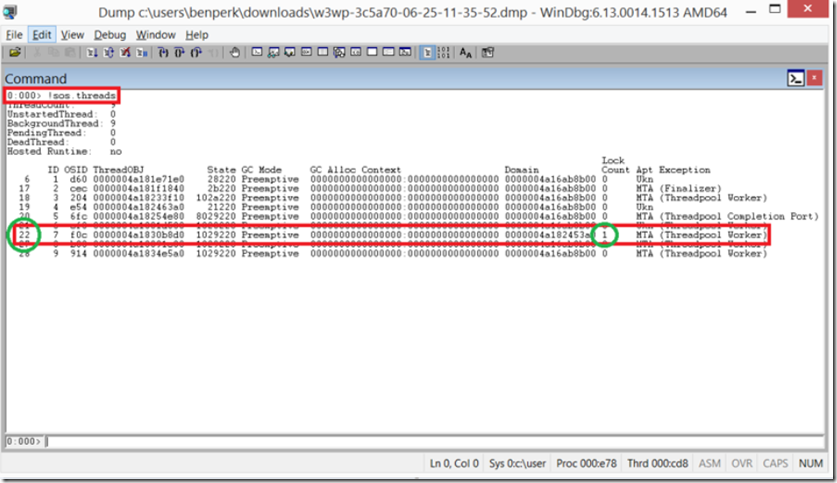 Looking at Figure 4, I see that thread 22 appears to be the only active thread, so I change the debuggers focus to thread 22 by entering ~22s.  Then I look at the stack on that thread by entering !sos.clrstack, as shown in Figure 5. 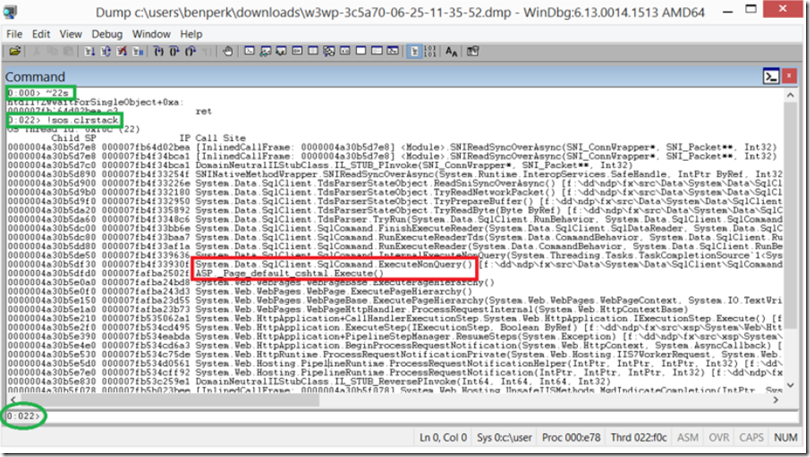 Figure 5, finding the thread and stack of the slow performing ASP.NET request 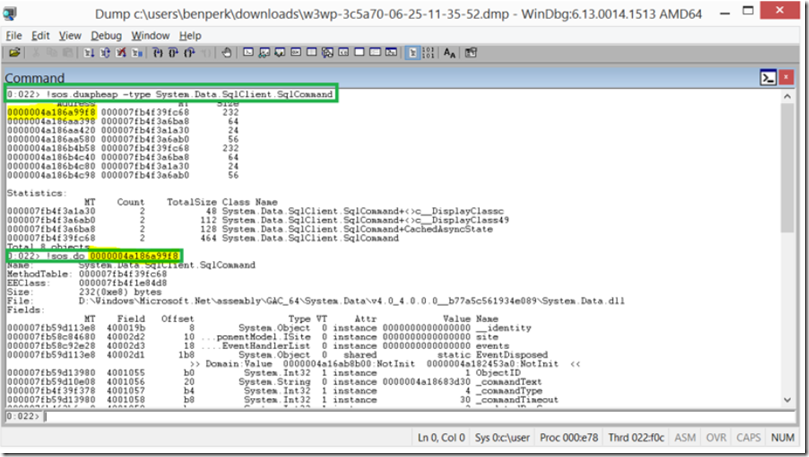 Figure 6, why is my request taking so long, Azure Web App, ASP.NET 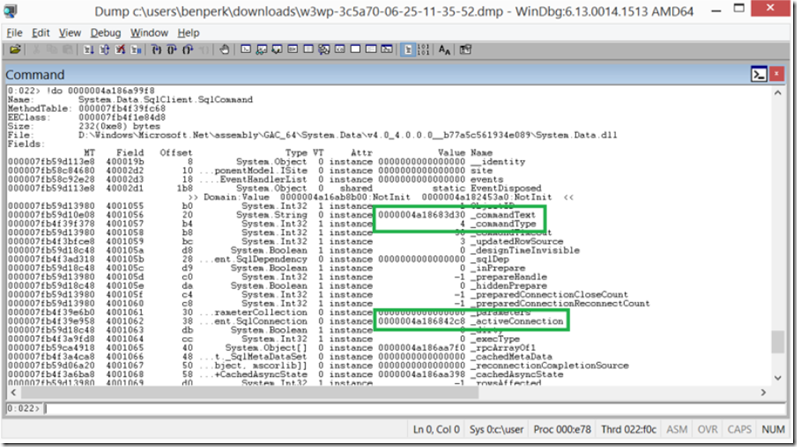 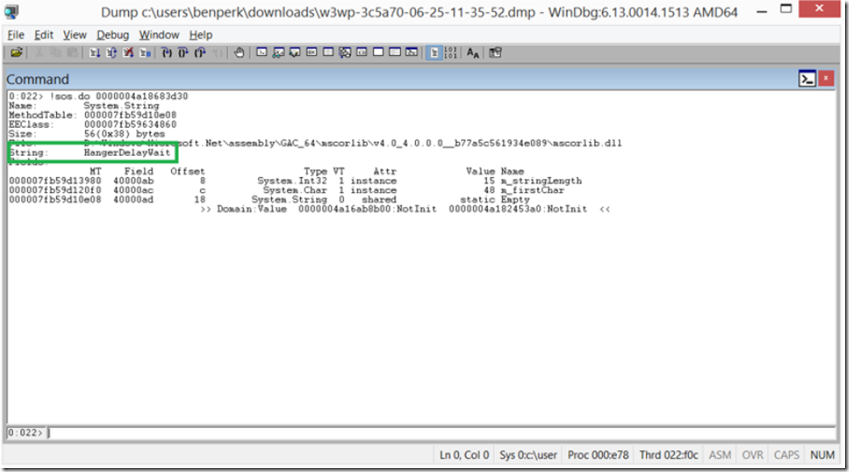 Now I know that my default.cshtml file is executing a stored procedure named HangerDelayWait.  I can login to the database and review the stored procedure to find out where the slow code is running or what exactly it is doing that requires so much time.  Just to be certain of the specific database the System.Data.SqlClient.SqlCommand is being run on, execute !sos.do 0000004a186842c8, where 0000004a186842c8 is the Value of the _activeConnection property.  Alternatively, you can execute !sos.dso and scroll through the output until you find a System.String that resembles a ConnectionString.  The _activeConnection contains a Name and Value combination for the System.Data.SqlClient.SqlConnection _connectionString property.  Execute !sos.do 0000004a18683d68 where 0000004a18683d68 is the Value for the _connectionString property, as shown in Figure 9. 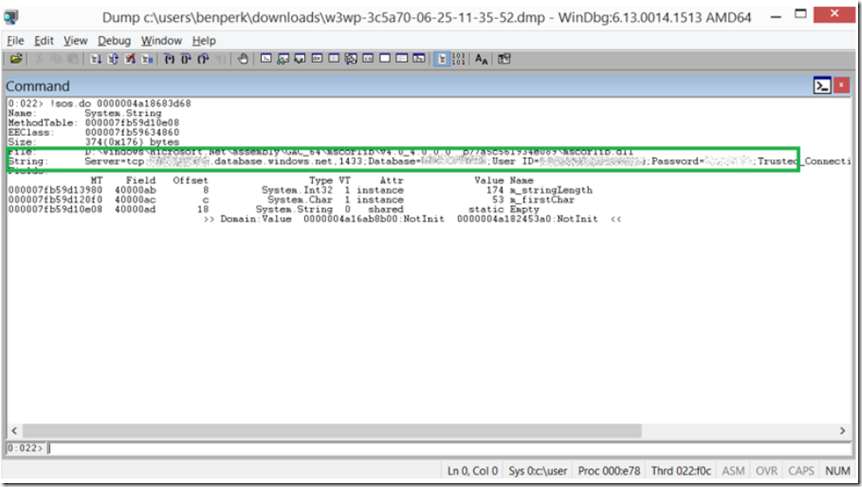 Figure 9, how to get the System.Data.SqlClient.SqlConnection connection string from a memory dump