I use my blogs as a reminder for myself, I share them in case other find some value in them.  I often do thing in an odd fashion, simply because I do not know the most optimal way, but find a way to get the work done, even though the path is, like I said odd.

Figure 1 might be helpful with visualizing this.  I suppose there is a way using some GIT tools and other approaches.  I think this scenario doesn’t happen often because of the rarity of setting up or starting a project from scratch.  This is generally already done before you get the opportunity to work on the project. 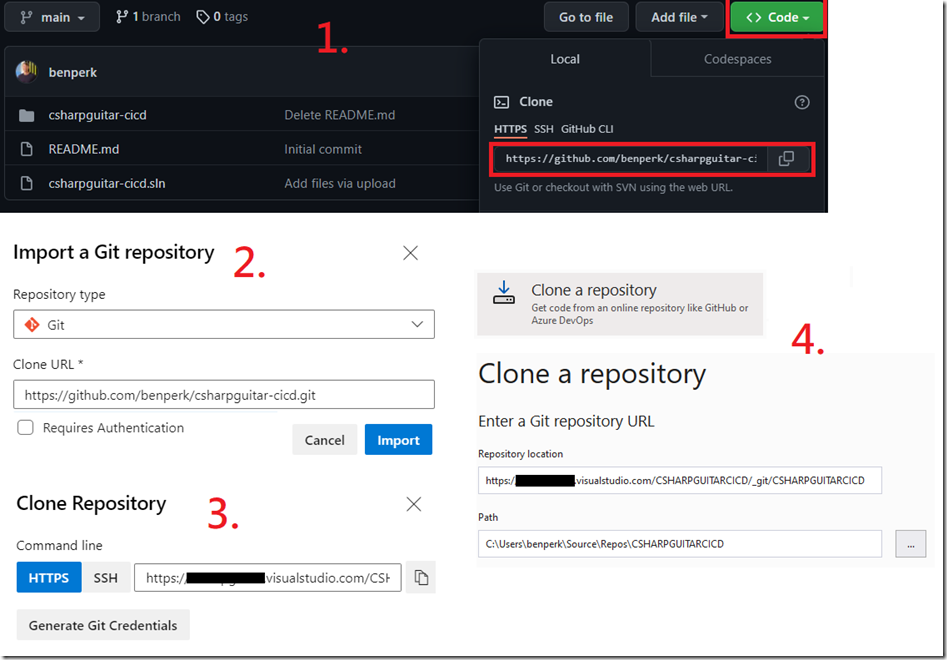