I originally downloaded and installed the 2.0.0-download.md version of the .NET Core SDK and Runtime from GitHub here. The mistake I made was to install the SDK Installer for the bit of my Visual Studio instead of my OS.  I am running a 32bit version of Visual Studio on 64bit version of windows.

I was trying to do some work on .NET Core 2.0 and .NET Standard 2.0 that I write about here and here.  When I started running some dotnet commands I received this error.  Also shown in Figure 1.

I then simply executed dotnet from a command console as saw I was running version 1.1.0 and not 2.0… as illustrated in Figure 2. 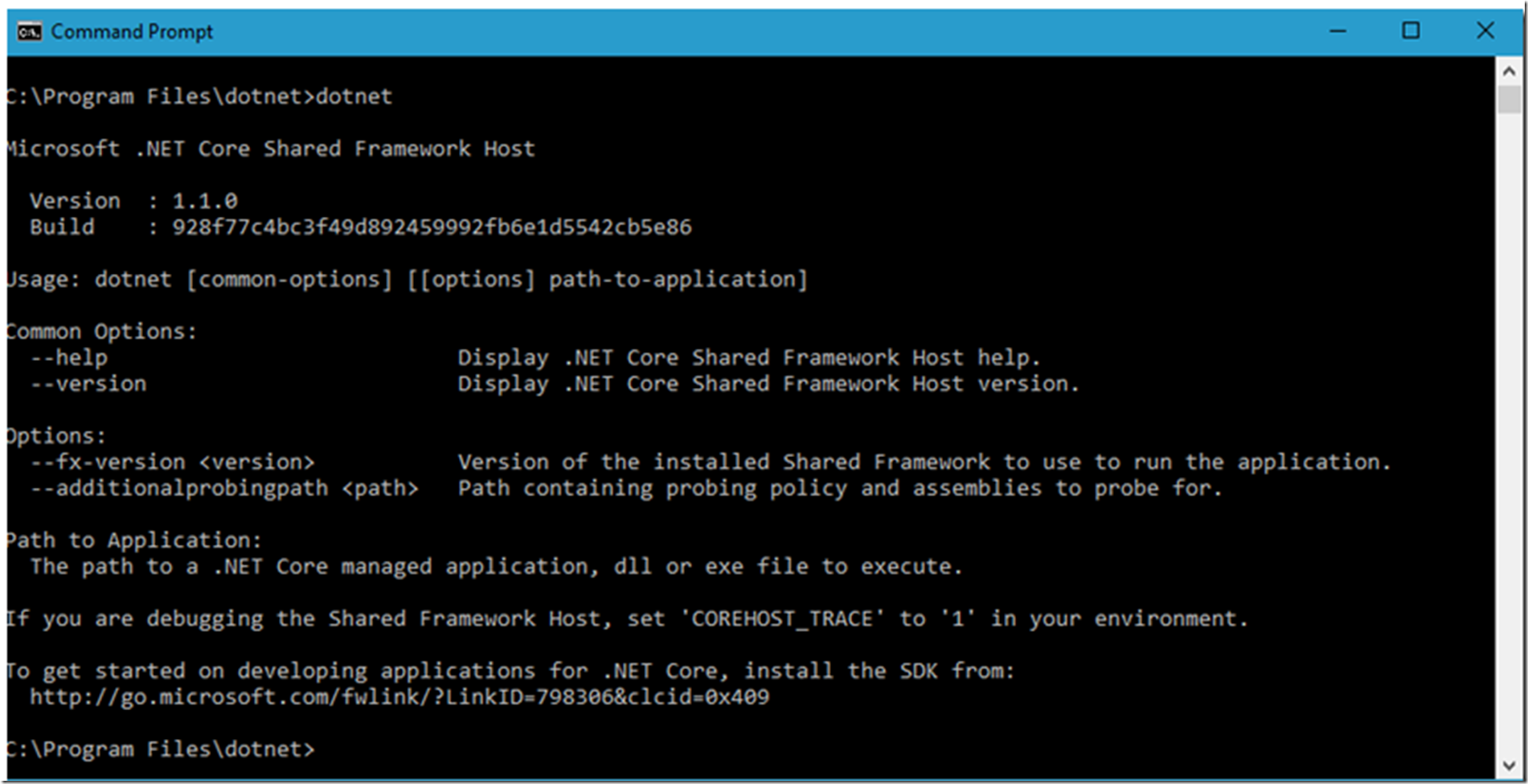 When I installed the SDK from here, I was prompted to install the 64bit version which ultimately resolved me problems.  Seems that site is idiot proof and suggested the correct bit version I needed.  Once installation was complete via the installation wizard, Figure 3, all worked as expected. 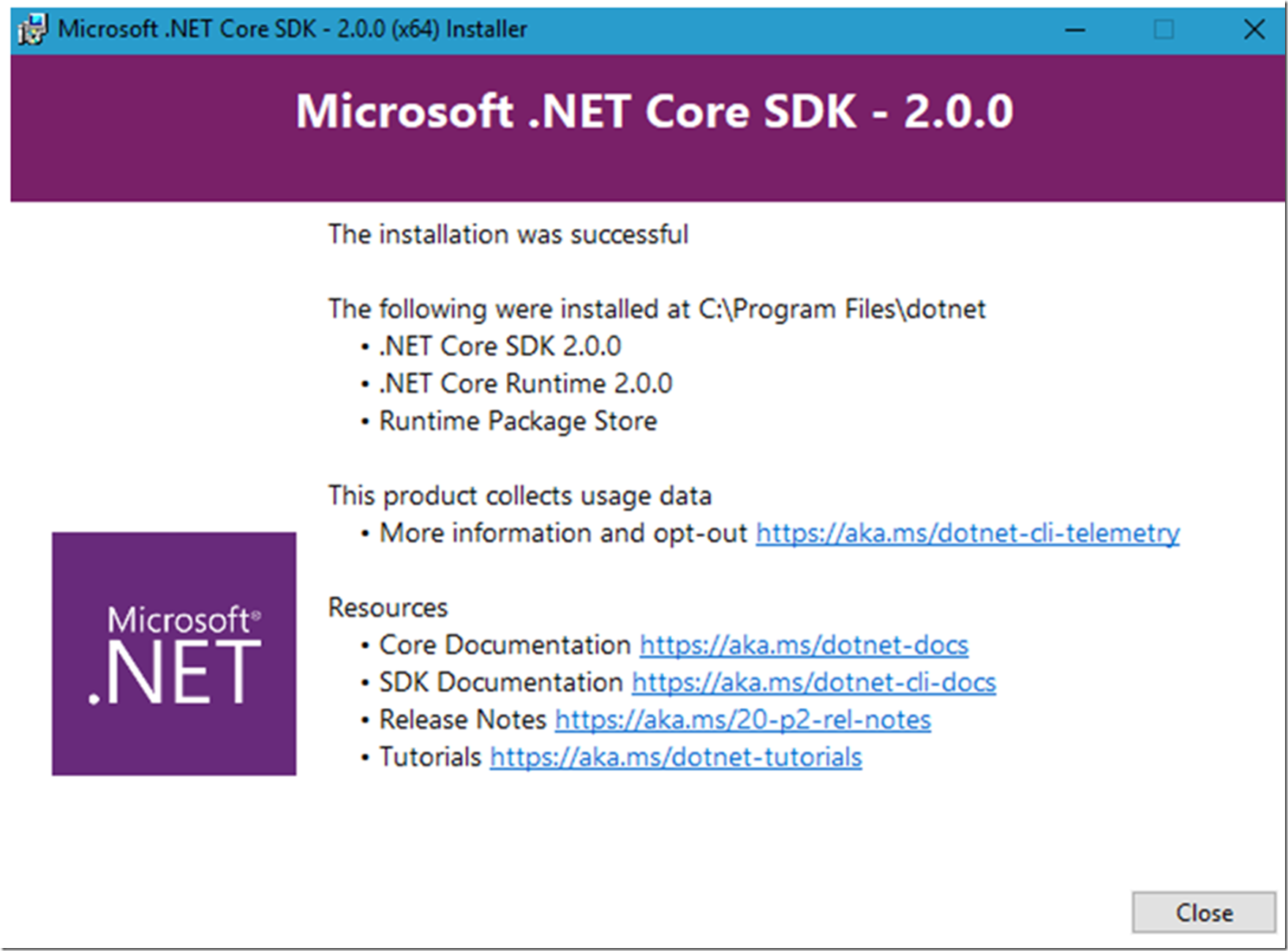 As shown in Figure 4, the method for checking the version was changed from simply entering in dotnet to need the following command.

Then I could see that I was indeed running 2.0.0.  Very nice.  Then, as shown in Figure 5, the dotnet restore command worked as expected.