I read in this article that “Starting with the .NET Framework 2.0, you can’t catch a StackOverflowException object with a try/catch block, and the corresponding process is terminated by default. Consequently, you should write your code to detect and prevent a stack overflow.”  That is the reason why the following code was crashing my process instead of the exception being caught within my try{}…catch{}.

The StackOverflowException was happening in my W3WP process and I used procdump to capture the exception.  Here is the command I used, also show in Figure 1 where I took it via KUDU/SCM on an Azure App Service: 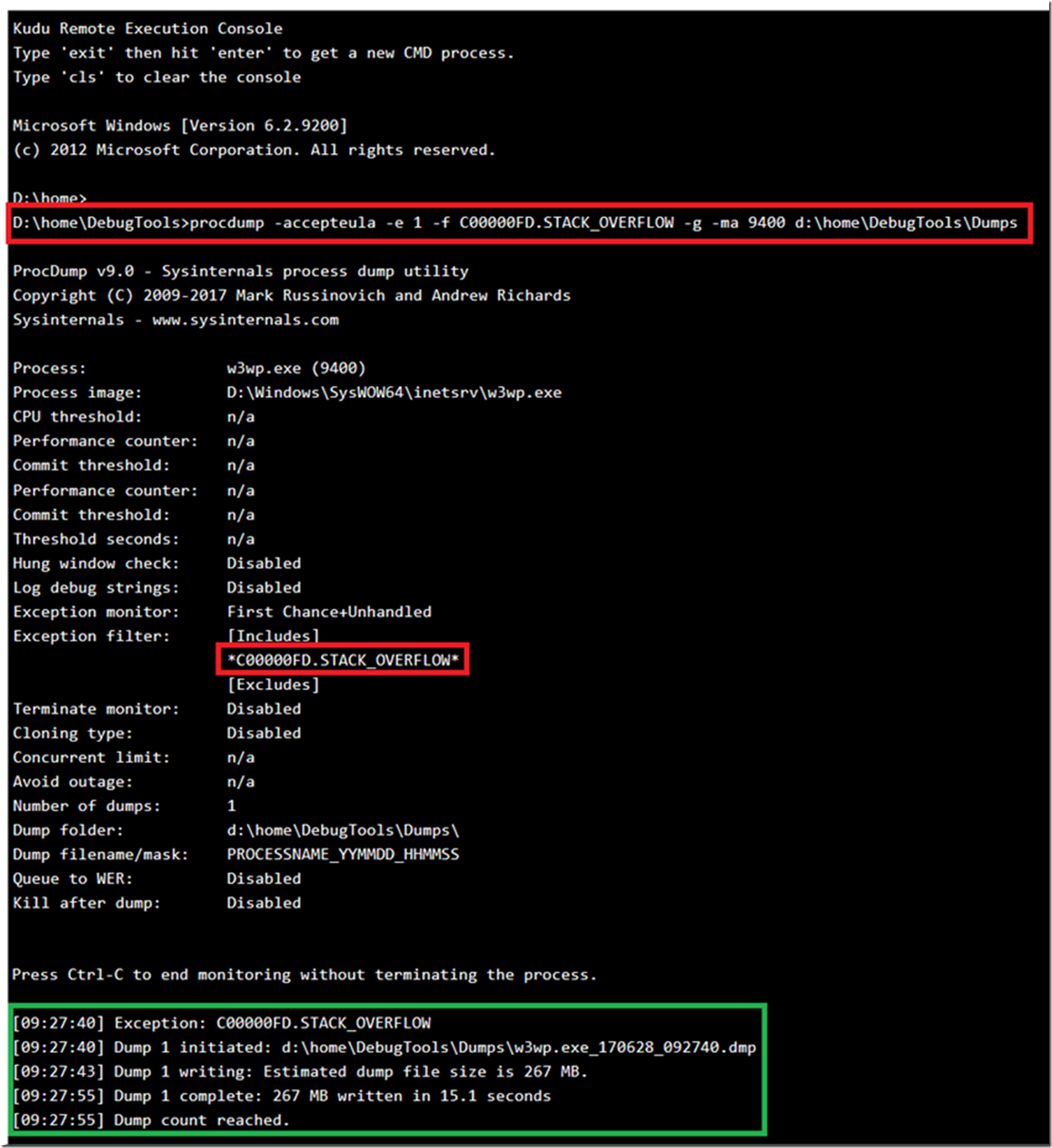 Then navigate to the directory where the dump was created, Figure 2, download it and open in in WinDbg.

When I open the dump in WinDbg the tool recognizes the First chance exception: C00000FD.STACK_OVERFLOW’ , dumps out the method (so!so._default.ThisIsARecursiveFunctionUsedToTriggerAStackOVerflow()+0xa) and changes focus to the thread ( ~28s) which triggered the exception, see Figure 3. 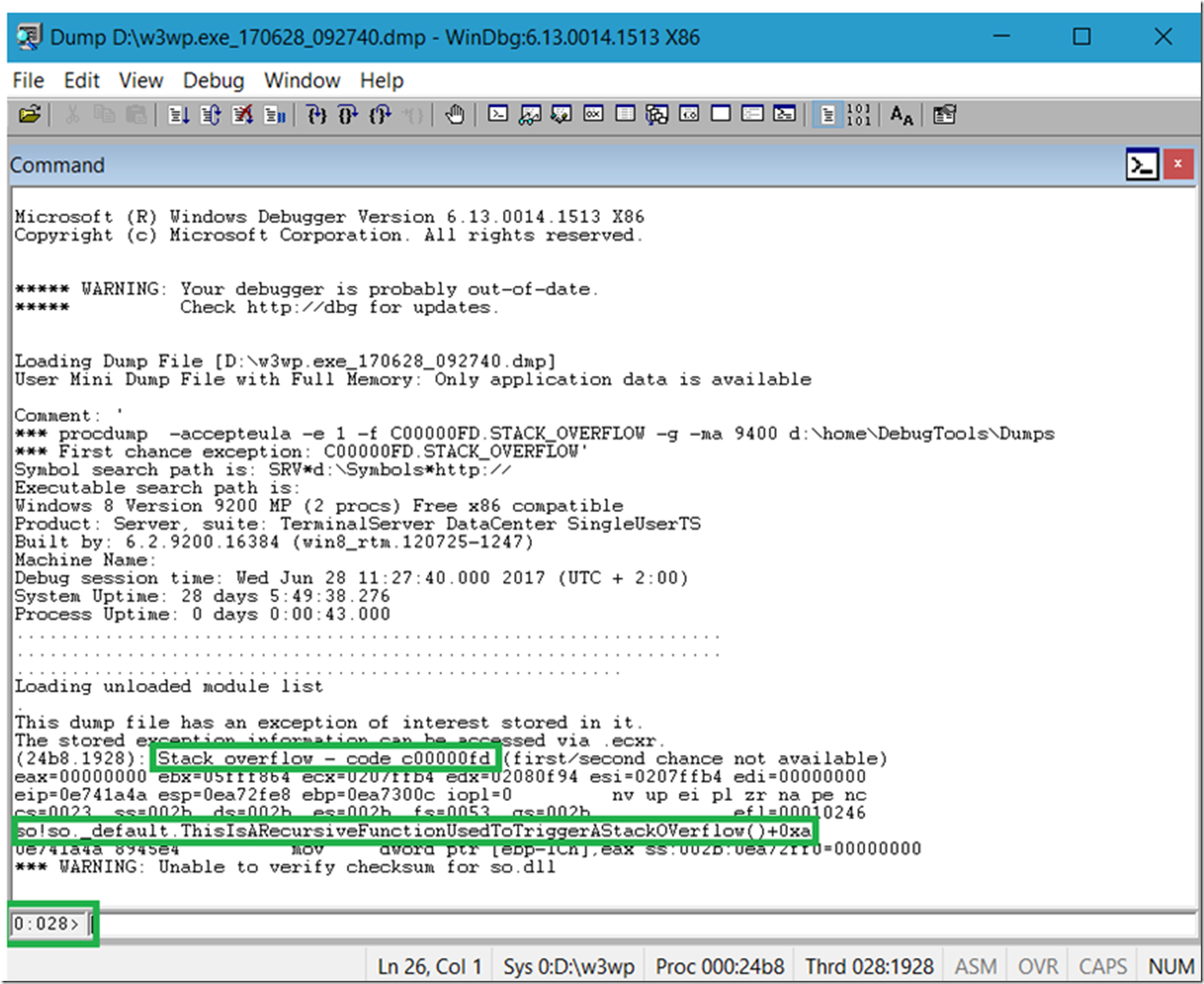 I have WinDbg configured also to view source code, so when I originally opened the dump and WinDbg found the exception, it was able to open the source code to the line in which it happened.  See Figure 4.  Also, enter k to view the stack on the thread which caused the exception. 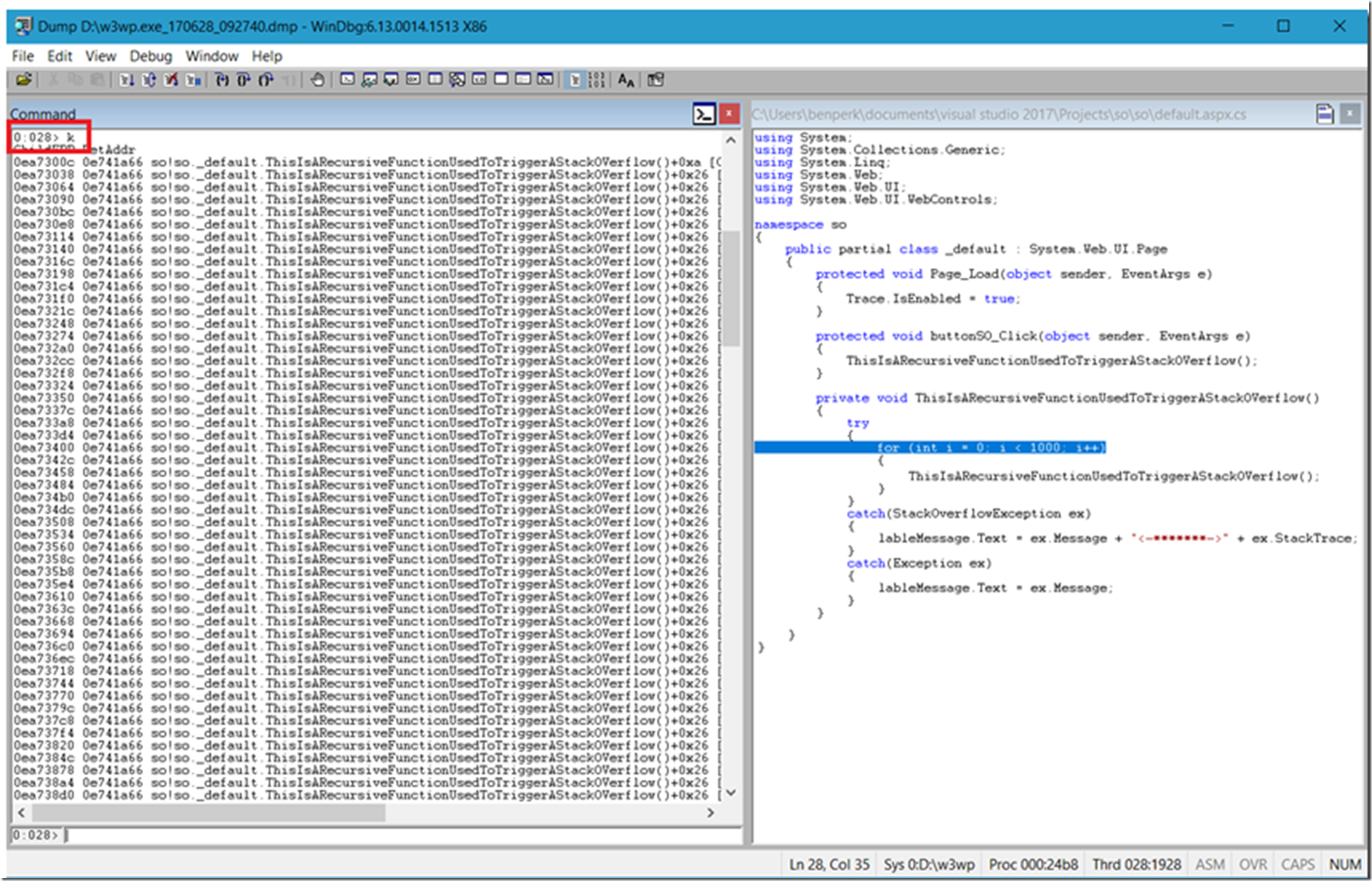 The code is a bad pattern only used to trigger the exception, if you use recursive methods you need to protect yourself by adding a counter of some kind, because as you now know you cannot capture this kind of exception via a try{}…catch{} and because of that it is an unhandled exception which will crash the process.