I worked on a case where the customer stated that their Web App was pretty small but when looking at the File System Storage metric in the Azure portal, they saw that is consumed almost 30 GB.

The way I recommended they check it out is to use the KUDU console. I wrote an article about KUDU here, if you want to learn how to access it. 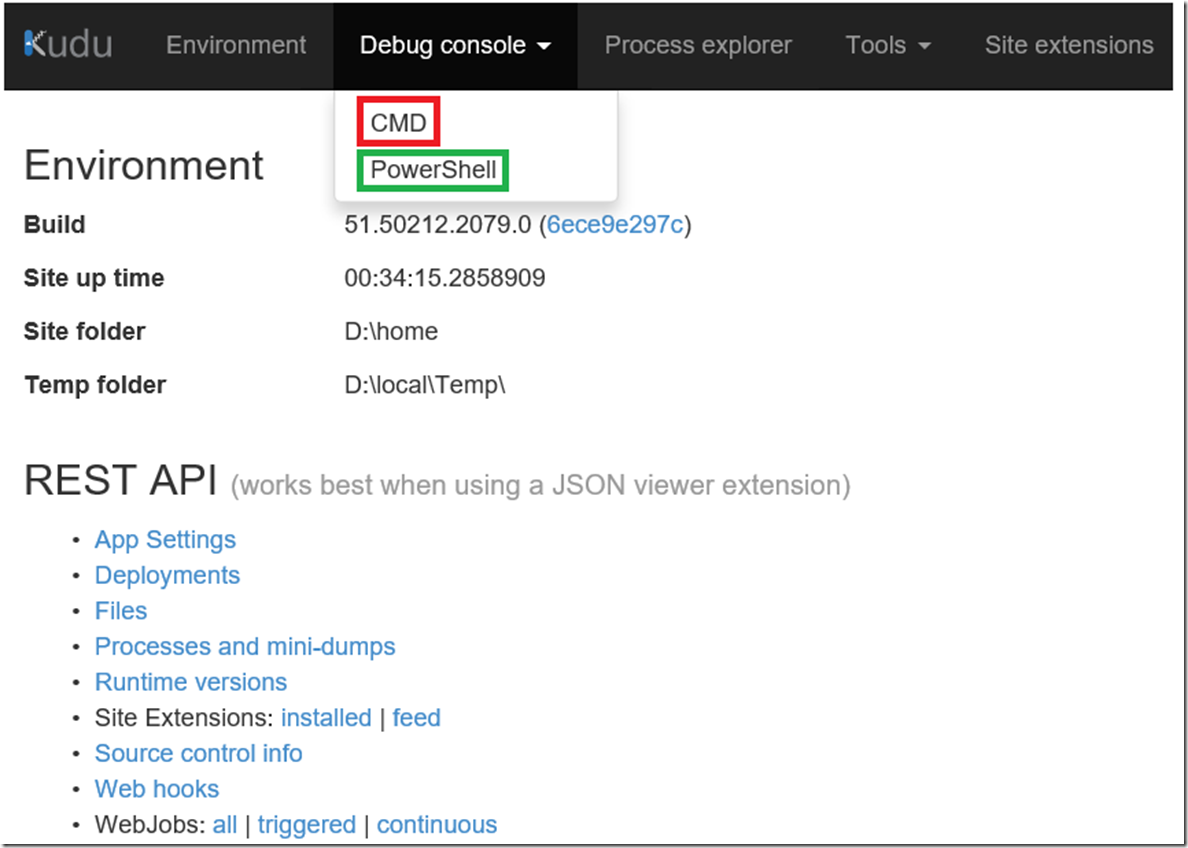 Figure 1, the PowerShell console in KUDU

Create a PS1 file that contains the code shown in Listing 1 and upload it to the D:\home directory.

Once the PS1 is uploaded, exec the command as shown in Figure 2. 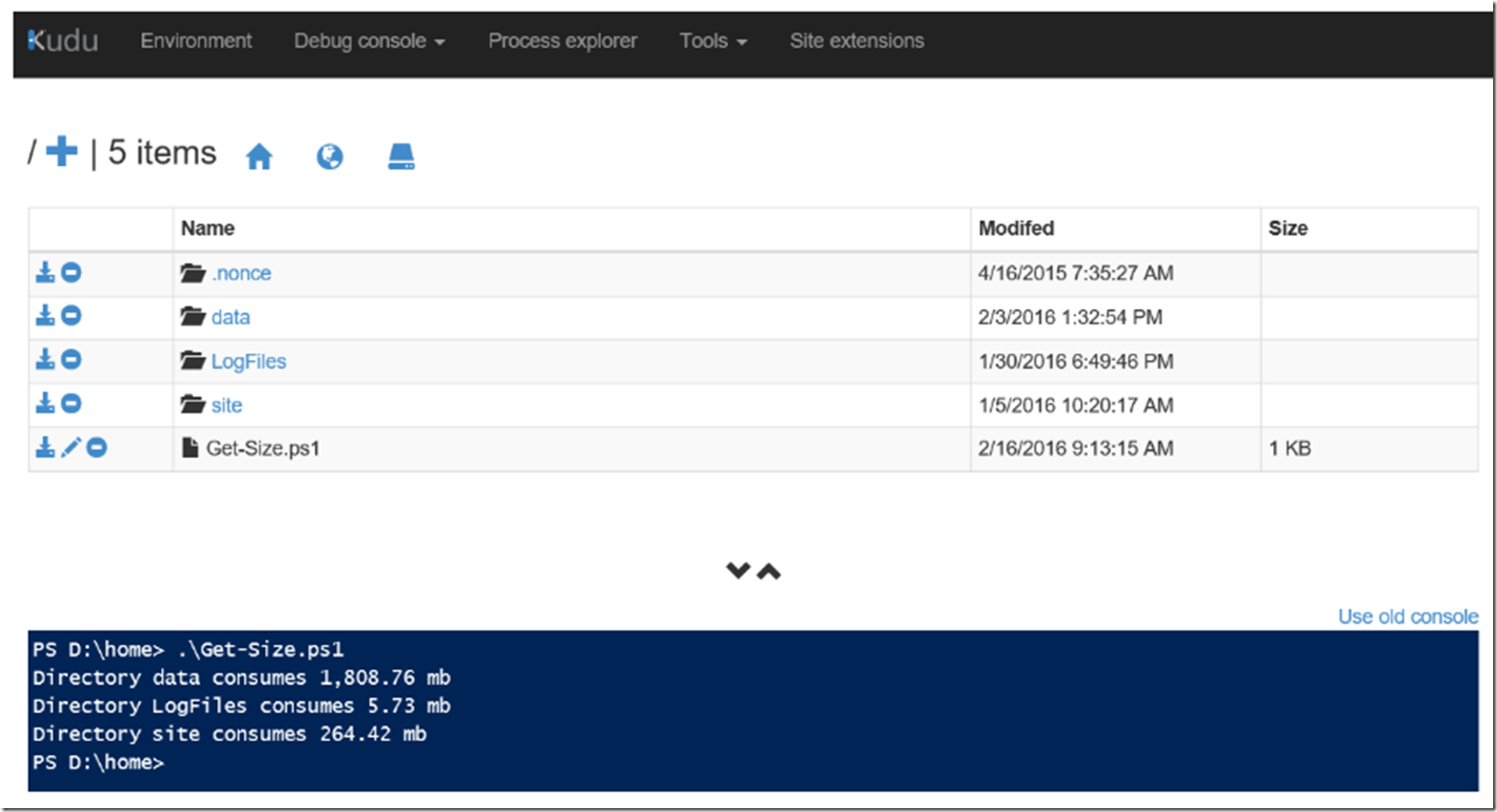 Using a the DIR command

Then navigate to the D:\home\sites or maybe d:\home\LogFiles directory and execute this command, as shown in Figure 3. 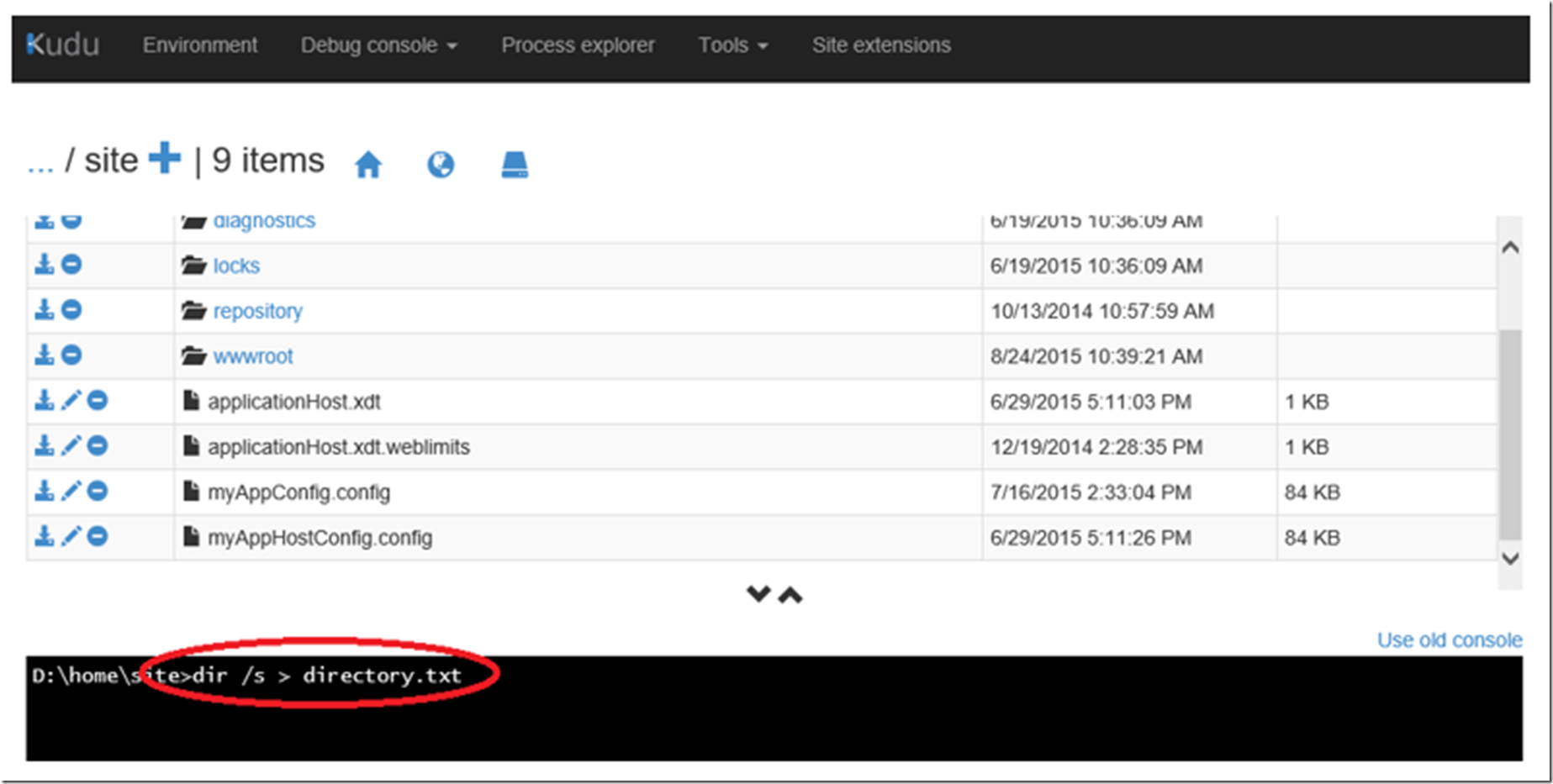 Executing this command will dump the contents and the file size of the SITES directory and sub directories into a file named directory.txt. Once executed, as seen Figure 4, a file is created and placed into the directory. 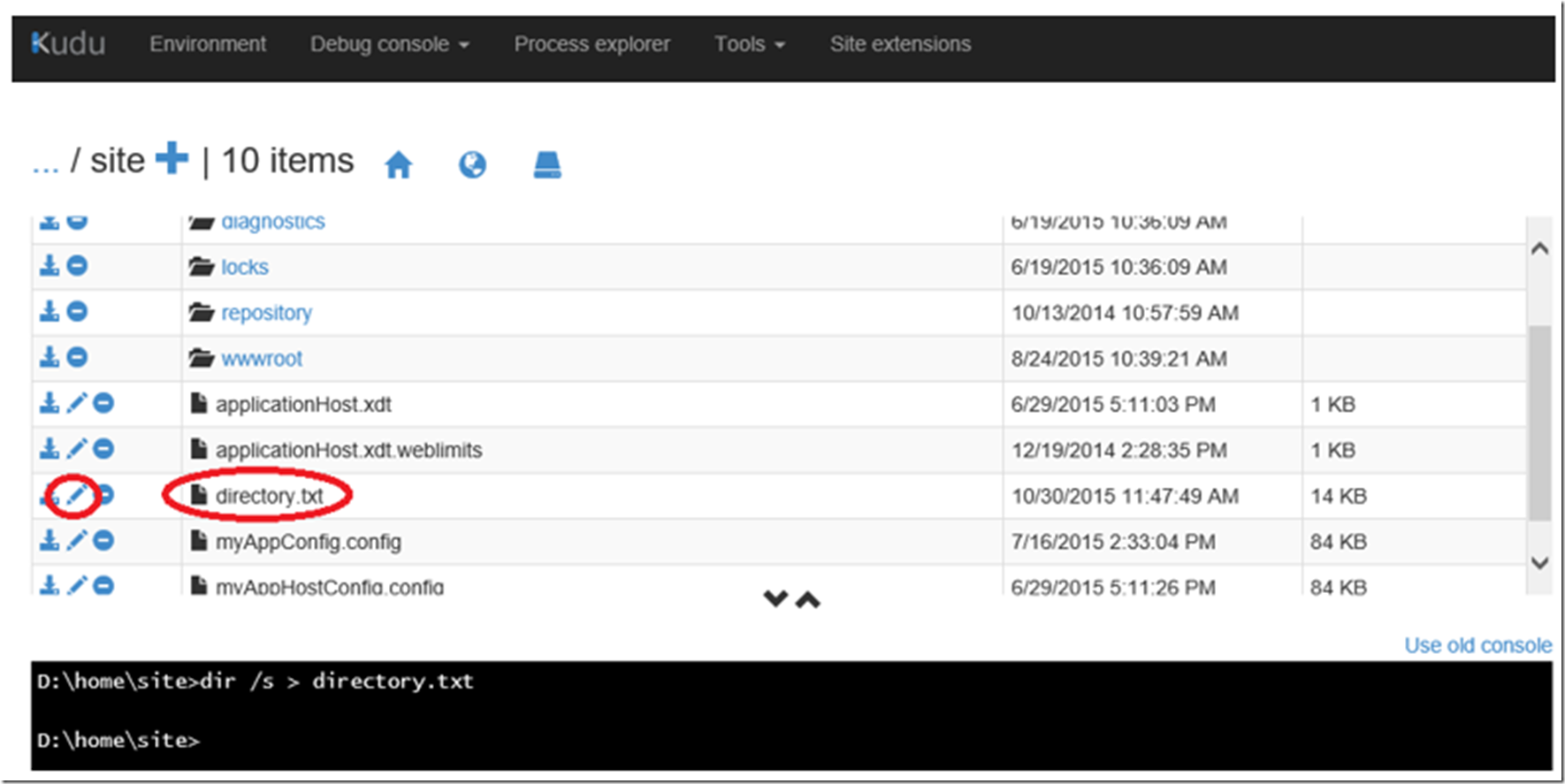 Click on the pen or edit link and you can view the contents to see if there are any large files or a number of ‚larger‘ files. You should see something similar to the illustration in Figure 5.

Figure 5, contents of you Web App, what is consuming space on my Web App?

There is also a cool tool here called Azure Resources. Within the Azure Resources tool, navigate to the usages resource of the Web App and view the Bytes unit as described in the Embedded Video 1. Something similar to this:

The 10GB “limit” for Basic is bound to the App Service Plan (ASP) and the “currentValue” is for the Web App.

You can use the du.exe sysinternals tool to output the content site of each directory or sub-directory into a log file, as shown in Figure 6. The command is:

There is also an extension which you can install via KUDU, as shown in Figure 7 that will show the consumption as well.

After you install the extension, you will need to restart the App Service. The output is friendly, as shown in Figure 8.

You can also try out these PowerShell cmdlets: