A place to begin your investigation is by enabling the “Generic Recycle Event Log Entry” Advanced Settings of your application pool. I wrote an article about that here.

You can also place some code into your application_end event as described here.

You can also perform some ETW tracing as described here.

When all else fails, take a memory dump or a series of dumps, while the performance issue is happening and review it using Debug Diag or WinDbg.

I review a memory dump of such a case and I found many threads with a stack similar to this one:

What this showed me was that the code was being re-compiled when the memory dump was taken. Notice at the top, the code path entered a MonConnection, which is a lock and was waiting on the compilation to complete. This, IMO is common to see when the application is recycled, I.e. that the code is being recompiled. As you can imagine, the fact that all the requests are now waiting on the compilation of the code, performance would not be so good. 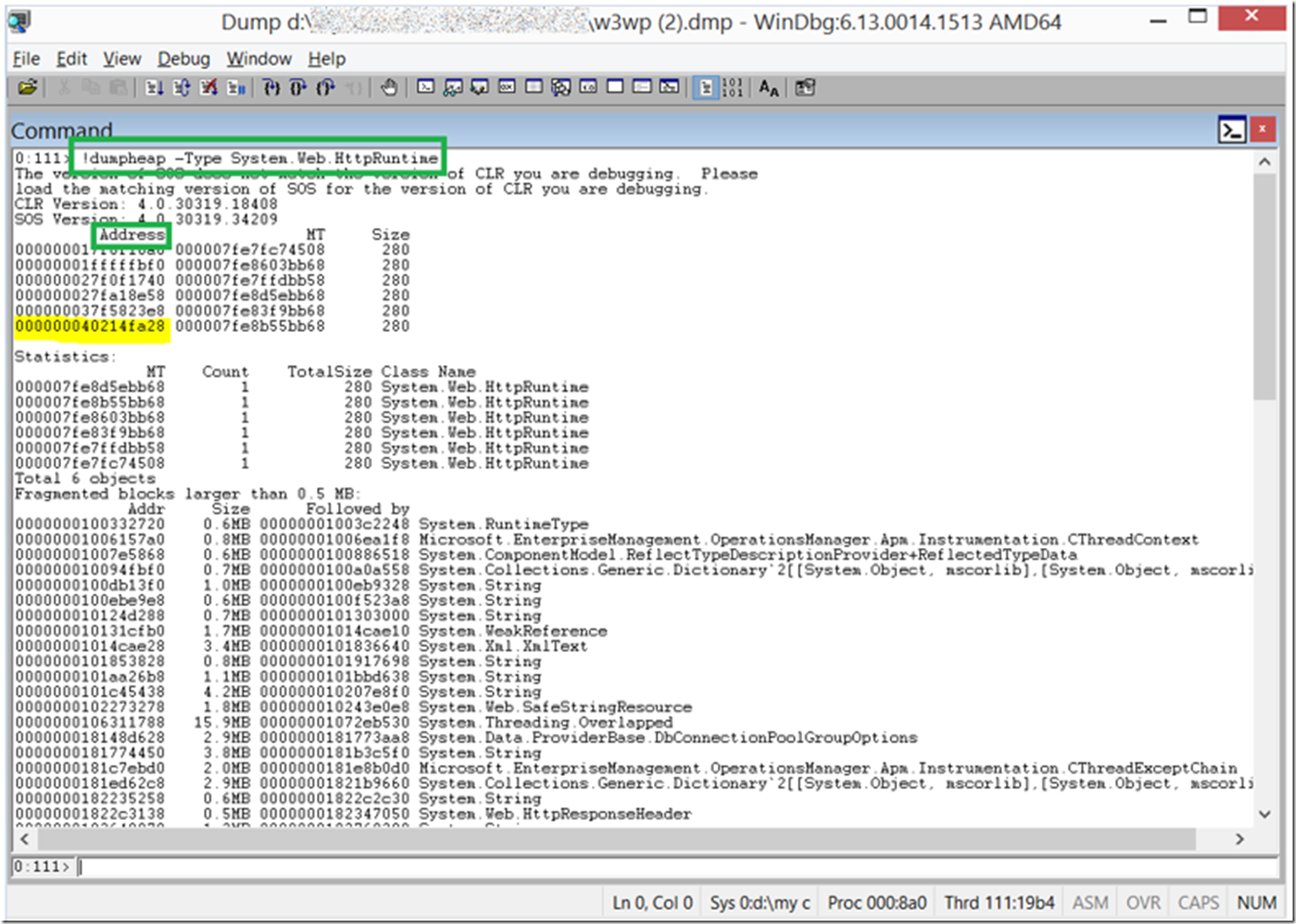 There were six of them so I started at the bottom of the list and entered this command: !do 000000040214fa28 which resulted in the output shown in Figure 2. 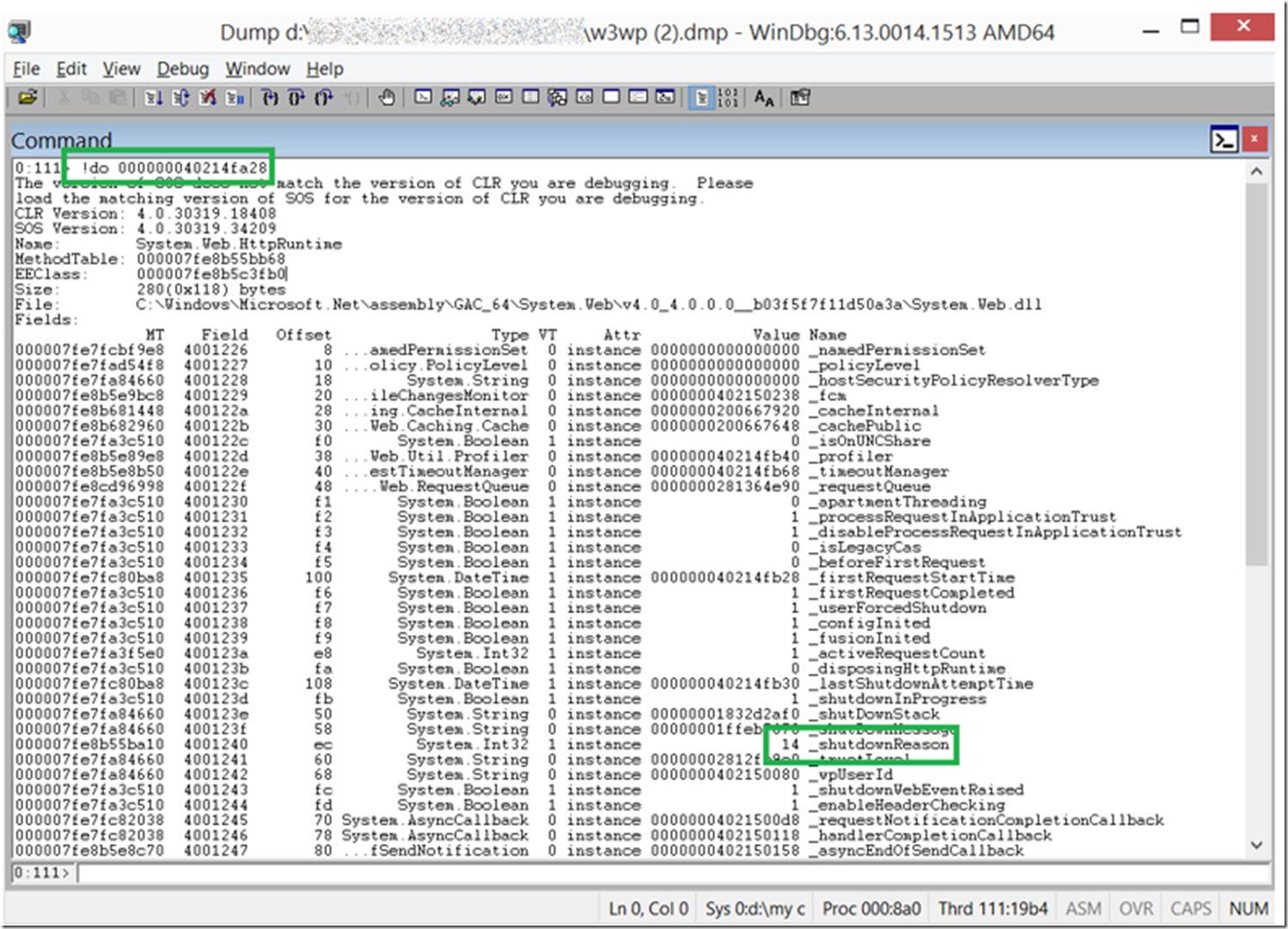 The output of dumping the properties of the System.Web.HttpRuntime object renders the _shutdownReason and is equal to 14. Checking the source code, I can see that 14 means MaxRecompilationsReached.

I checked the !findebugtrue and found that in this situation debug=true and this should be set to false when in production. I wrote an article about that here. However, that was not the root cause of the issue. The numRecompileBeforeAppRestart is set to 15 and when this counter is exceeded, then the application is shutdown.

This article was helpful in explaining the issue and a valid action to increase the numRecompileBeforeAppRestart from its default.

I recently found worked on another similar issue, but this time the _shutdownReason was = 6 as seen in Figure 3. 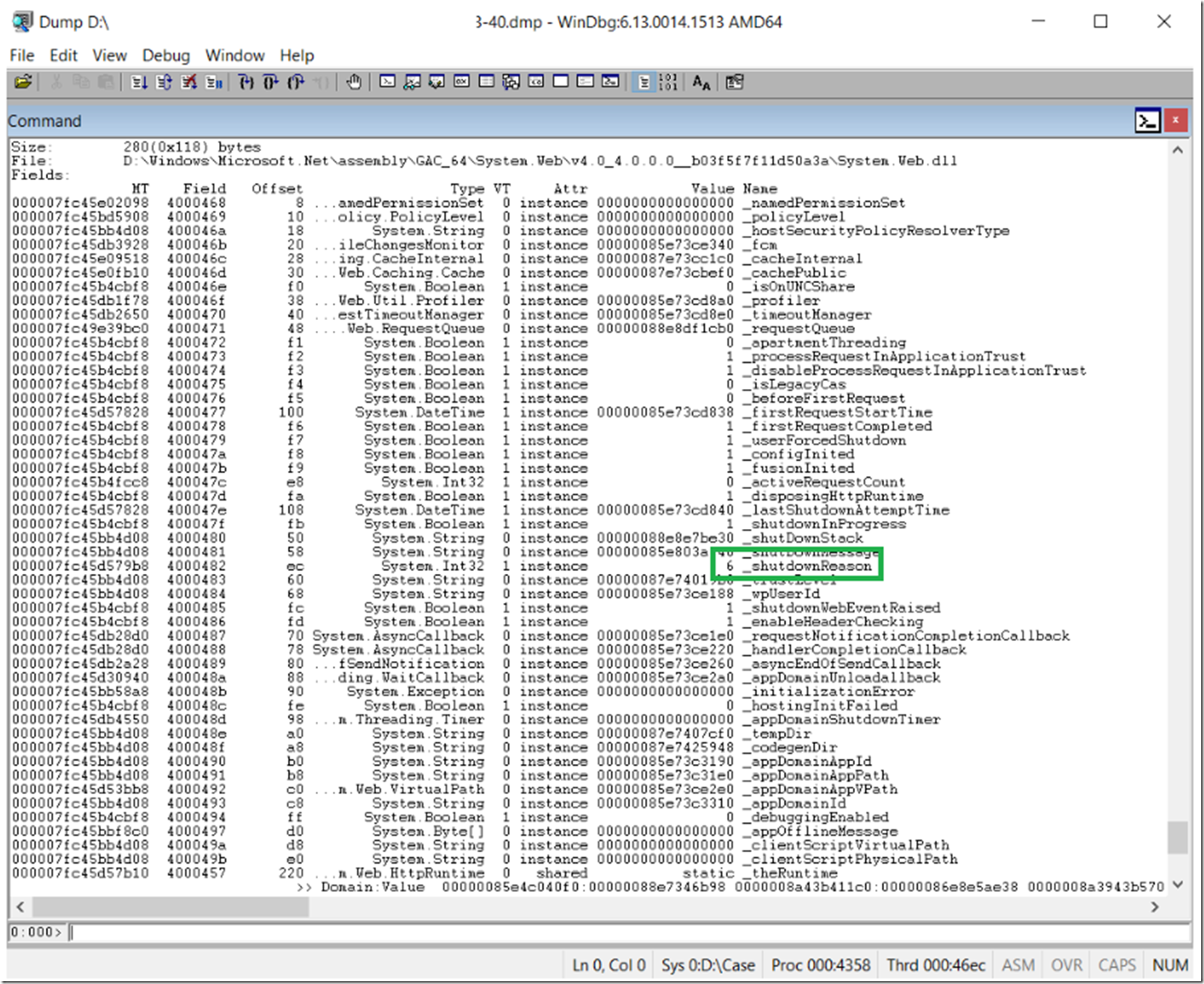 You can find a list of all the reason codes here. 6 = BinDirChangeOrDirectoryRename and would possibly show this exception stack: