I watched this Channel9 Video here and decided to reproduce it in writing. The steps required to create this sample HelloWorld WebJob for hosting with a Web App are:

I started by creating an empty ASP.NET Empty Web Site, then added a new Console Application project to the solution. The website project is web-job and the Console application is web-job-helloworld. The result is shown in Figure 1. 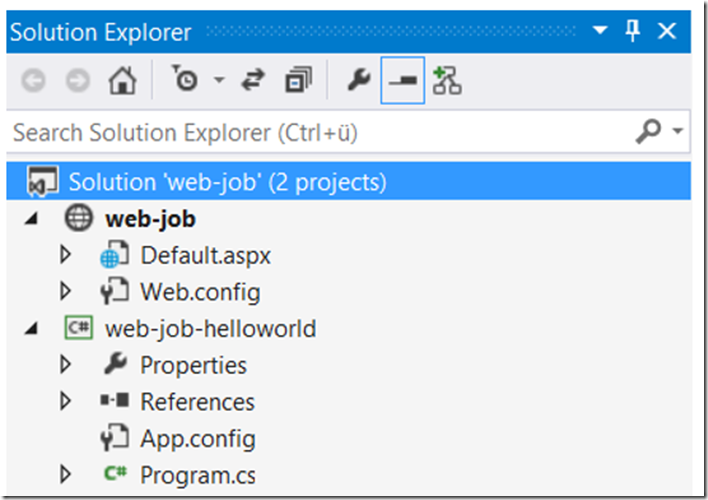 Include the Console App into the Web Site

Then, I added an App_Data ASP.NET folder to my Website as shown in Figure 2. 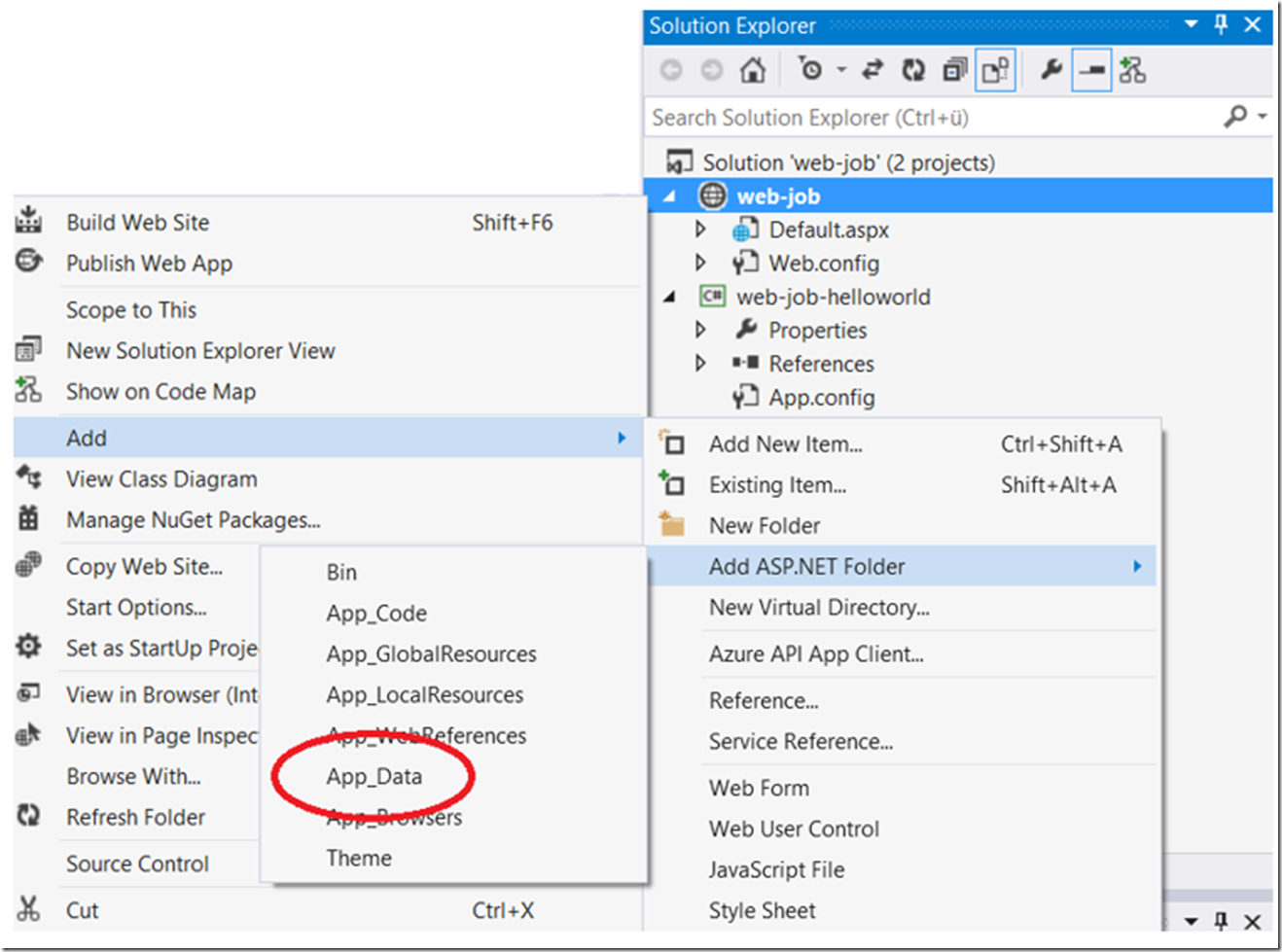 Figure 2, adding an App_Data folder to a Web Site for supporting a WebJob

Once the App_Data folder is added to the project, create the directory structure shown in Figure 3, and then add the compiled web-job-helloworld executable and supporting files into it. 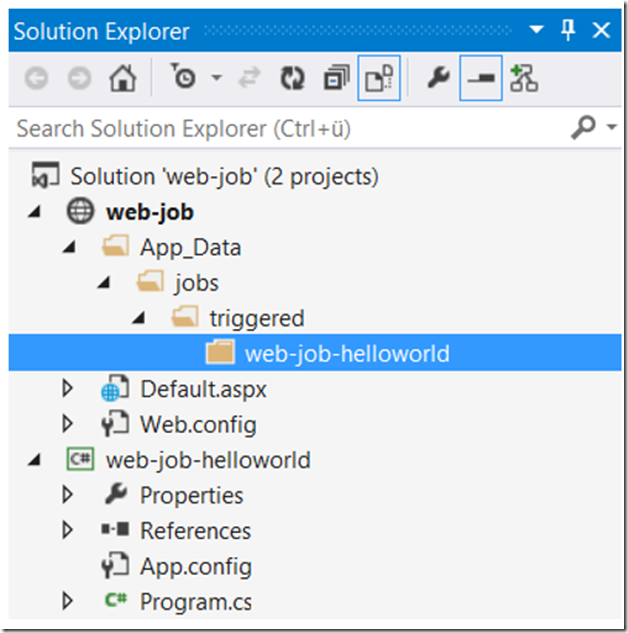 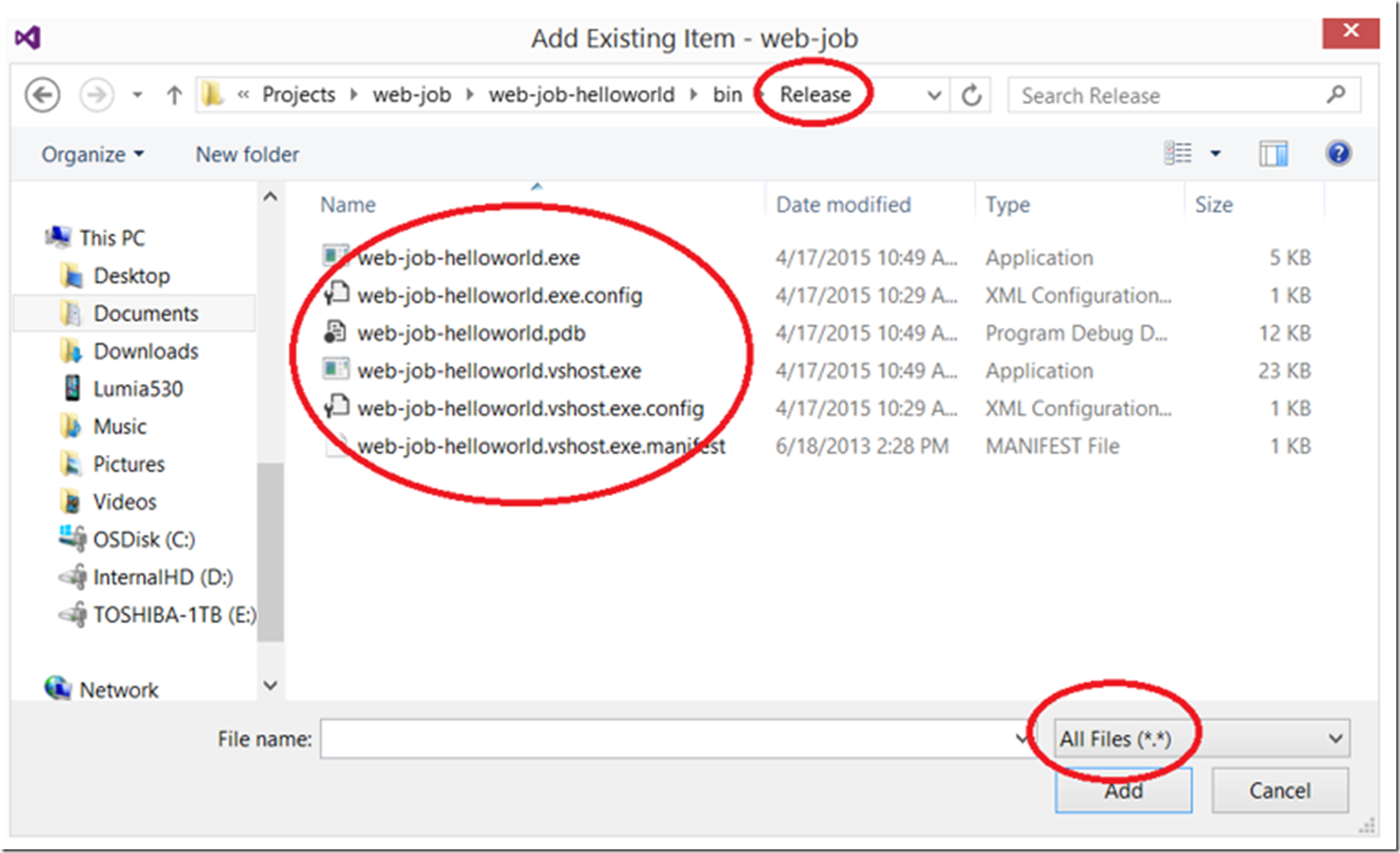 Figure 4, adding the EXE which I want to run as a WebJob on Azure

Once added, expand the web-job-hellowworld folder and the result should be similar to that illustrated in Figure 5.

Deploy the Web Site to a Web App

Deploy the Visual Studio Web Site to a Microsoft Azure Web App, as shown in Figure 6. Right-click on the web-job Web Site project -> Publish Web App which opens the wizard shown in Figure 6 that walks you through the deployment of the Web Site. 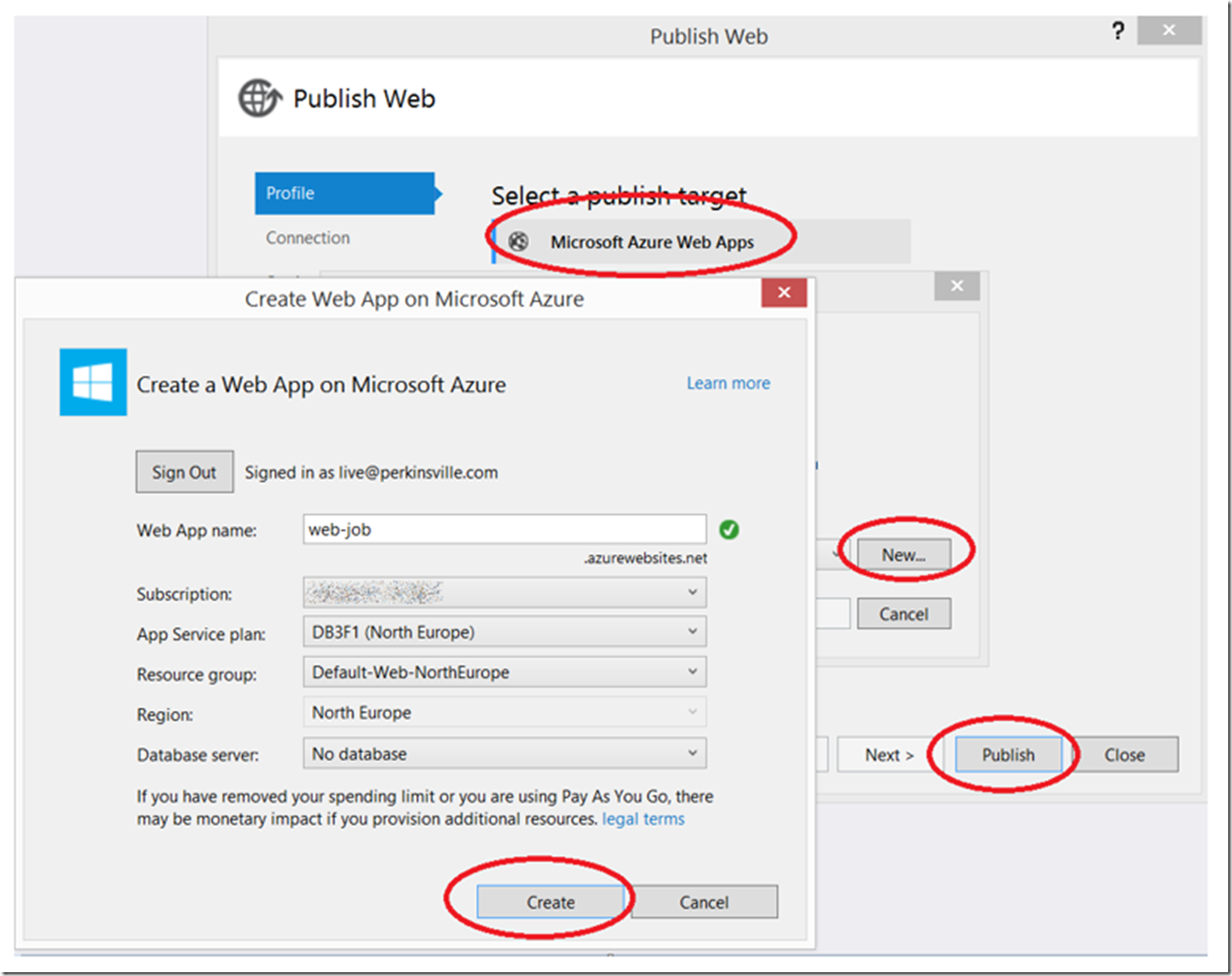 Figure 6, Deploy a Web App that includes a WebJob

After the Web App is successfully published, login to the Azure Management Console and see that it is there, as shown in Figure 7. 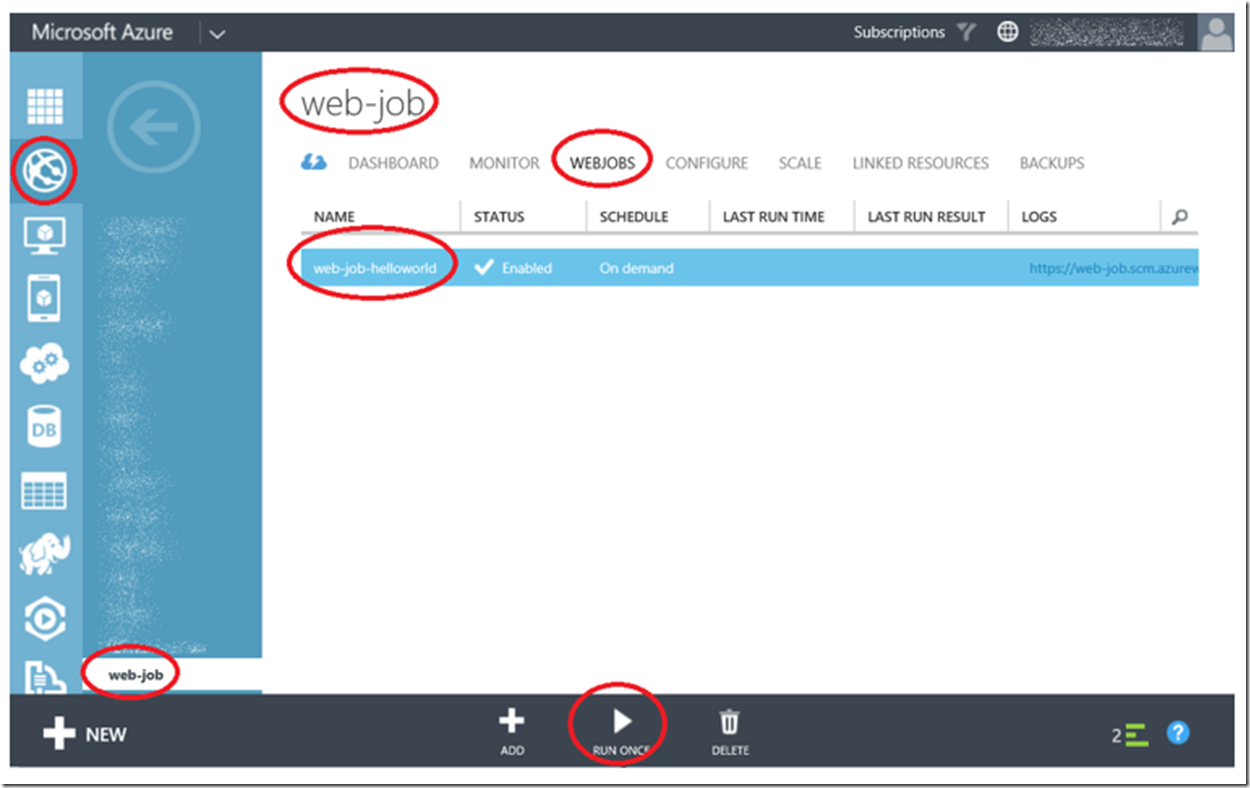 Figure 7, A HelloWorld WebJob deployed to a Web App

You can also check KUDU to see that the files have been deployed, as shown in Figure 8. I wrote a short article about what KUDU is here.

Execute the WebJob and check the log file Click the RUN ONCE button as shown previously in Figure 7. Once completed, the LAST RUN TIME and LAST RUN RESULT are updated as shown in Figure 9. 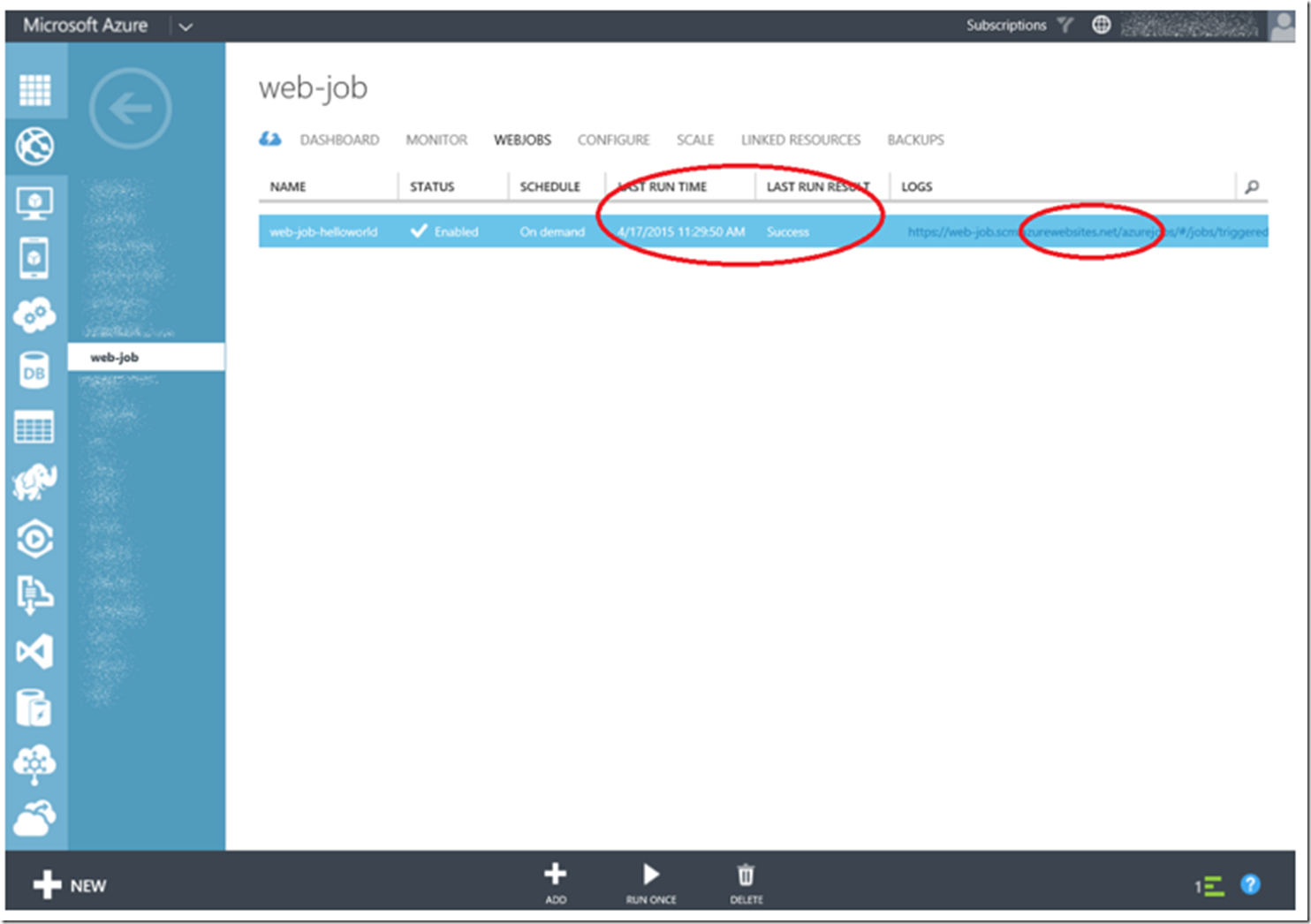 Figure 9, running a WebJob via the Azure Management Console

Hover over the LOGS URL and copy it to your clip board, enter the URL into a browser and SCM / KUDU is opened where you can view the log of the WebJob. The initial window shows you a list of recent job runs. Click on the job that you just executed and you should see a page similar to the one shown in Figure 10. 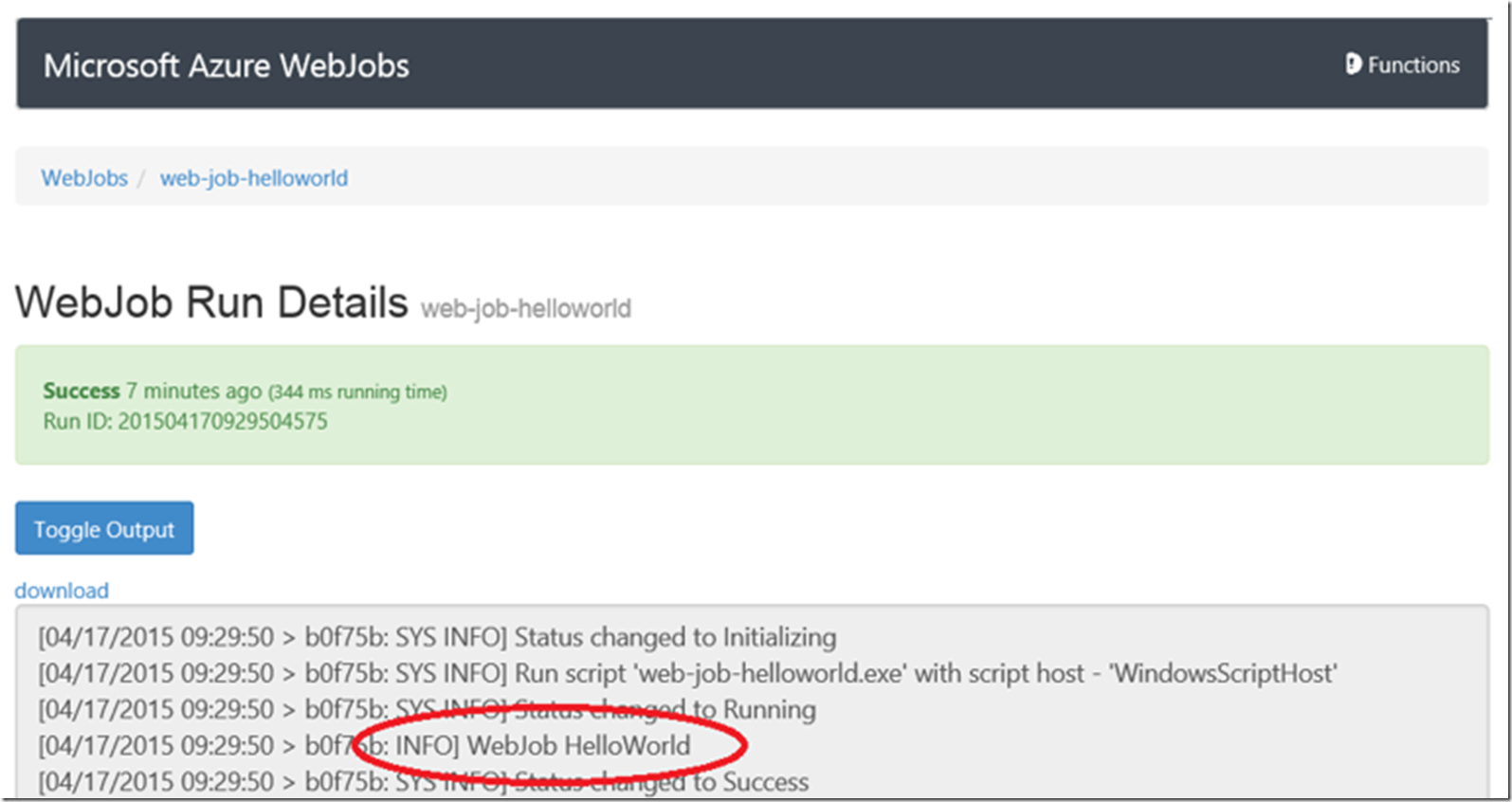 UPDATE: You can also view the WebJobs using the Azure SDK from within Visual Studio, as shown in Figure 11.

← Creating a Wi-Fi connection to my Lumia 640XL, with the Gadgeteer
ASP.NET WebAPI results in a 405 Method Not Allowed HTTP response →