I wanted to share an experience I had when using the Azure Traffic Manager with 2 Microsoft Azure App Service Web Apps. If you are not clear on what the Traffic Manager does, read my other post here. Simply, it is a way to balance load across multiple identical instances of an application so that requests can continue to be responded to when there is a performance issue or downtime incident on 1 or more of the web sites. Kind of like the behaviour you would experience in a web farm, but better, IMO.

NOTE: you will notice that FAILOVER only exists in the Traffic Manager profiles (classic) mode. In classic you have Performance, Round Robin and Failover, and the ARM version in the new portal here you have Performance, Weighted and Priority. Keep in mind that this blog is a little older and that FAILOVER is only available in classic mode, I.e. in the AUX portal here.

As shown in Figure 1, I have created a Traffic Manager and added 2 Microsoft Azure App Service Web Apps to it. 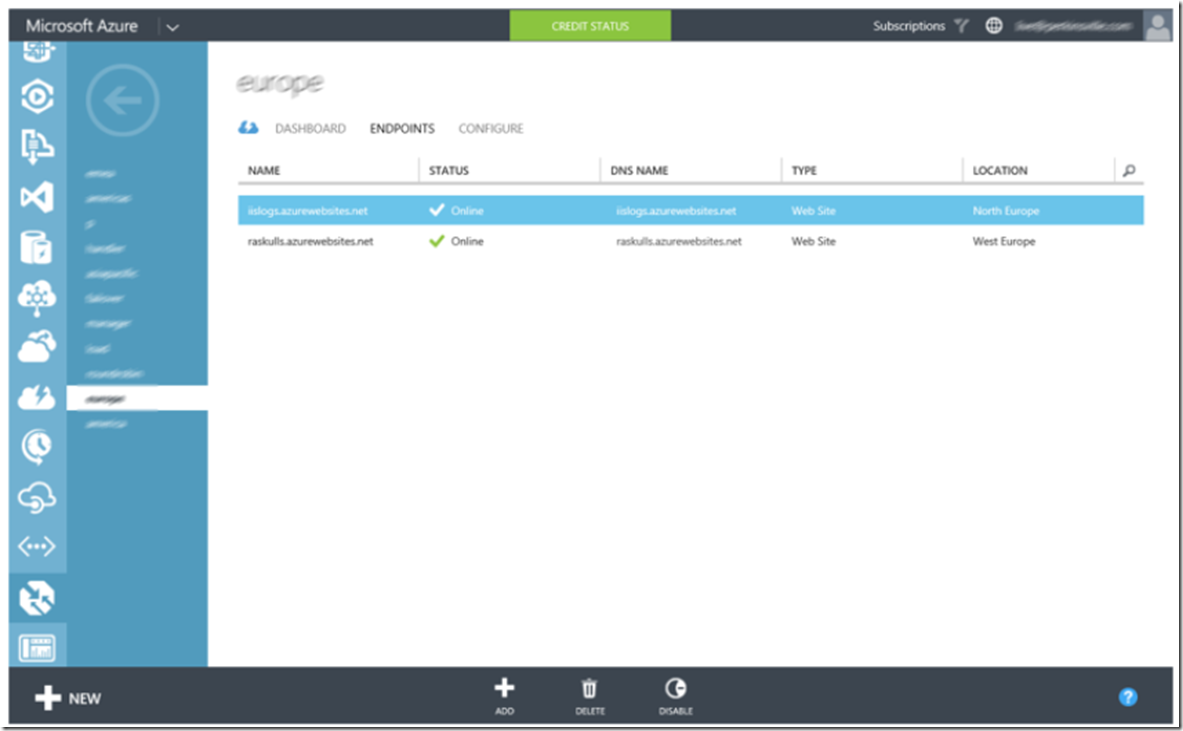 I can also do an NSLOOKUP command for the traffic manager as illustrated in Figure 2.

Figure 2, doing an NSLOOKUP on the traffic manager

What I see in Figure 2 is the results of the NSLOOKUP for the traffic manager, plus one of the Web Apps linked to it. Why do I see only one? If you look on the CONFIGURE page for the traffic manager, as shown in Figure 3, you will see that IISLOGS is the first Web App in the FAILOVER PRIORITY LIST. What I have found is that in a scenario where the LOAD BALANCING METHOD is FAILOVER, that this is the location where requests are sent to. Don’t confuse this with a ROUND ROBIN or PERFORMACE configuration. This is the FAILOVER solution. 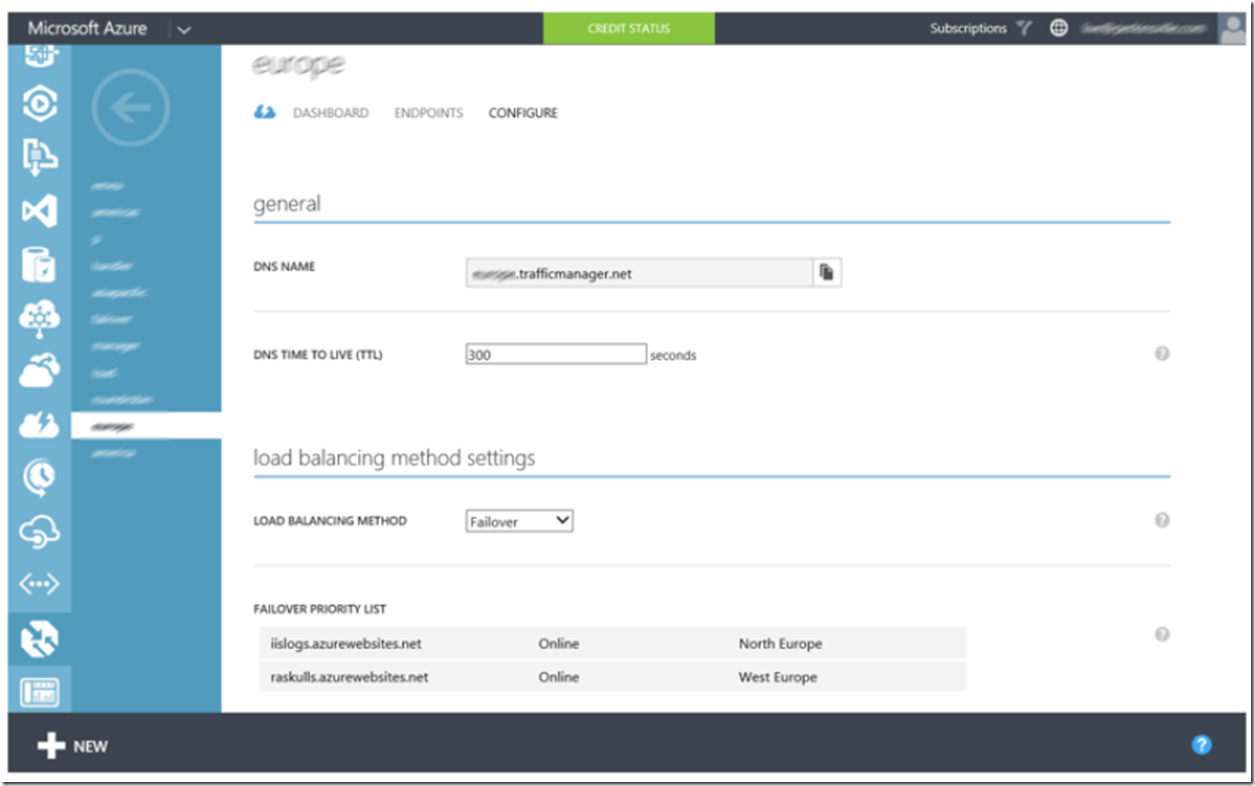 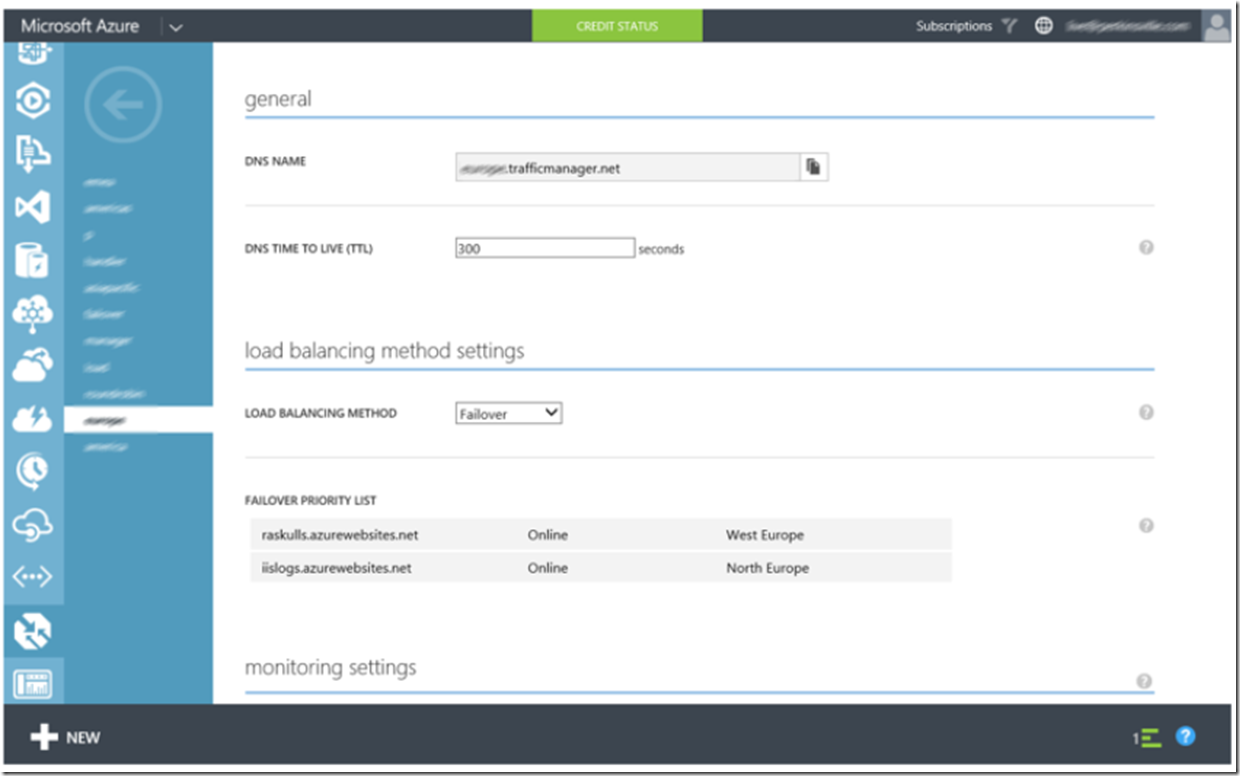 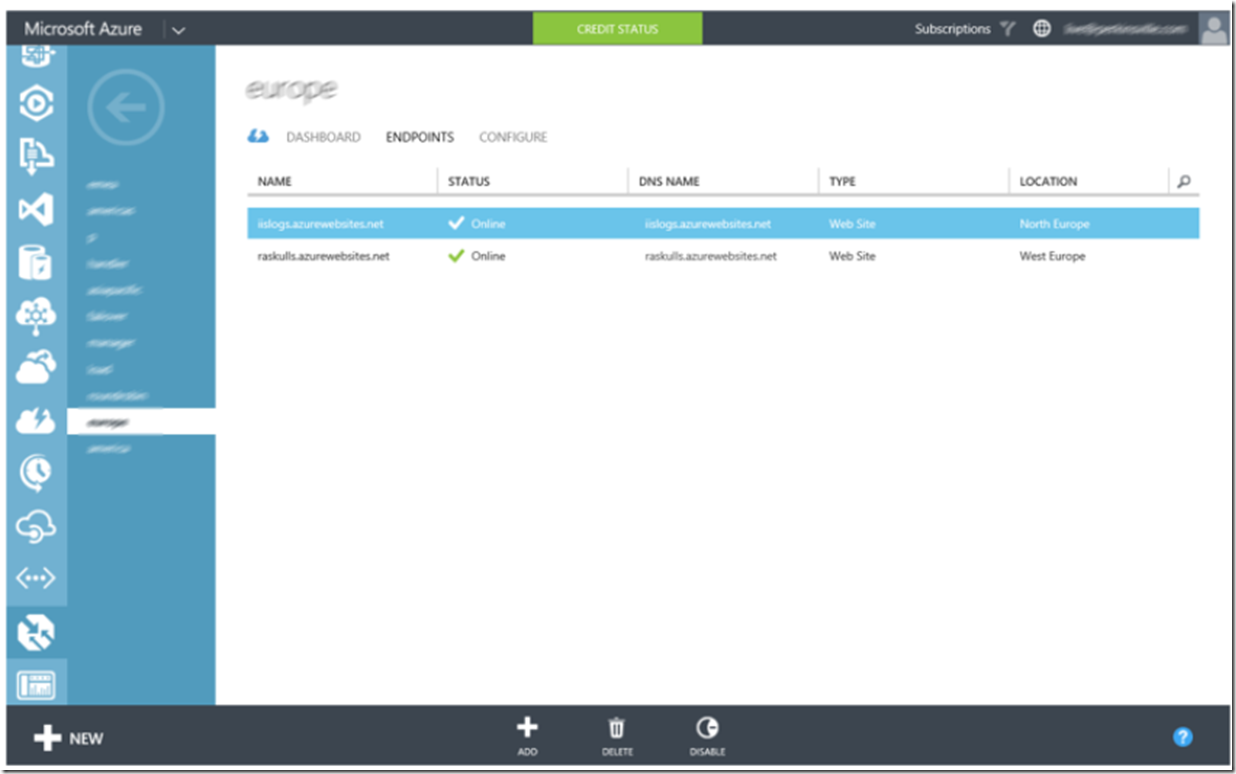 NOTE: Prior to shutting down the RASKULLS Web App, if I turn off IISLOGS, I would not expect any impact.

When I access the traffic manager URL again I am indeed redirected to that IISLOGS website. This is exactly the way I would expect the FAILOVER configuration to work. 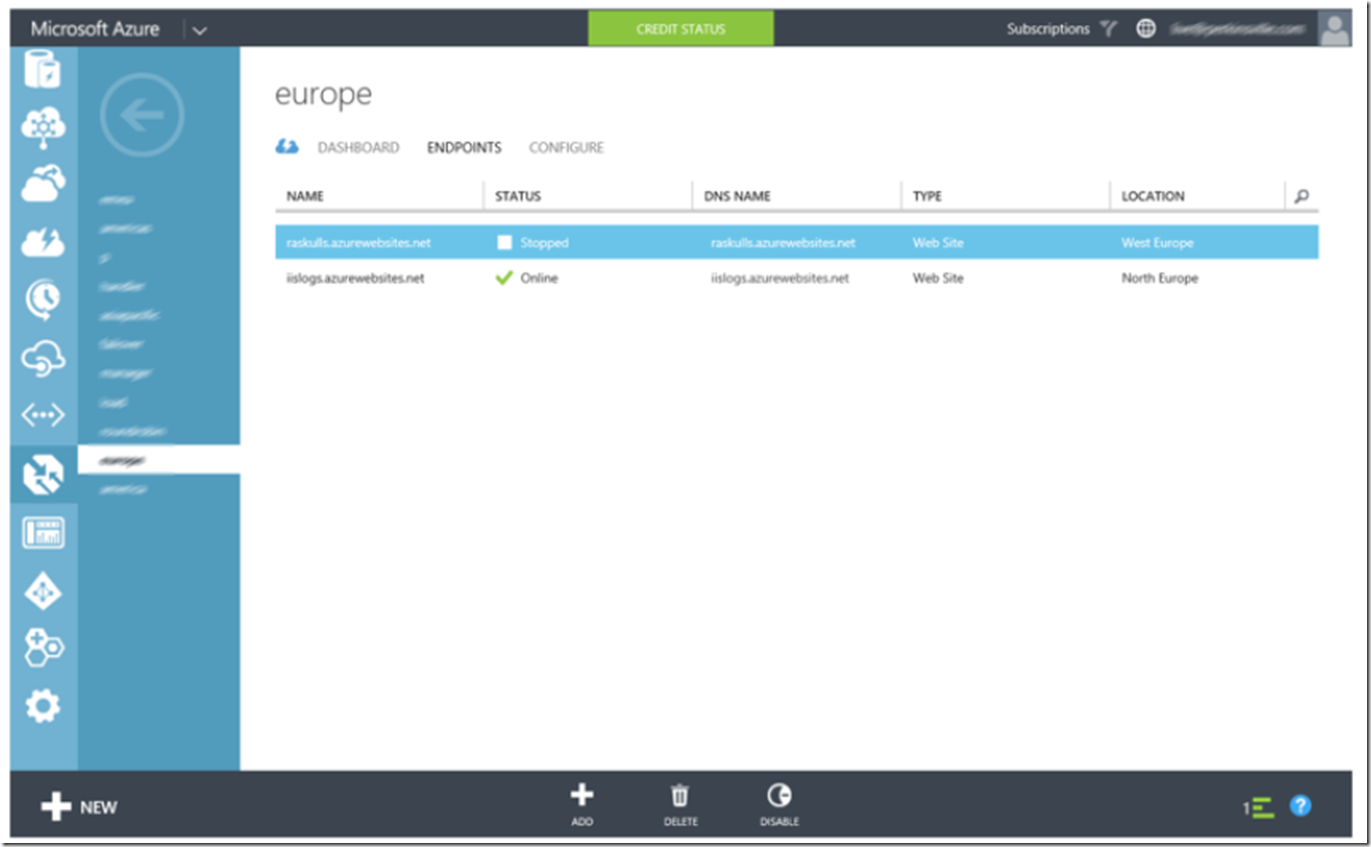