Here are the official details on this one.  I was needing to do this and realized that I had never written a post on this one.  Although we are moving into the cloud and this isn’t needed so much anymore, all the IT pros who will continue to work with Windows Server within their own data centers might find it useful.

In my scenario there is a outgoing request, server side that is failing.  I.e. a client calls an API on the server and that API makes a request that leaves the server and is having some problems.  I access the server and execute this command.  All commands are shown in Figure 1. 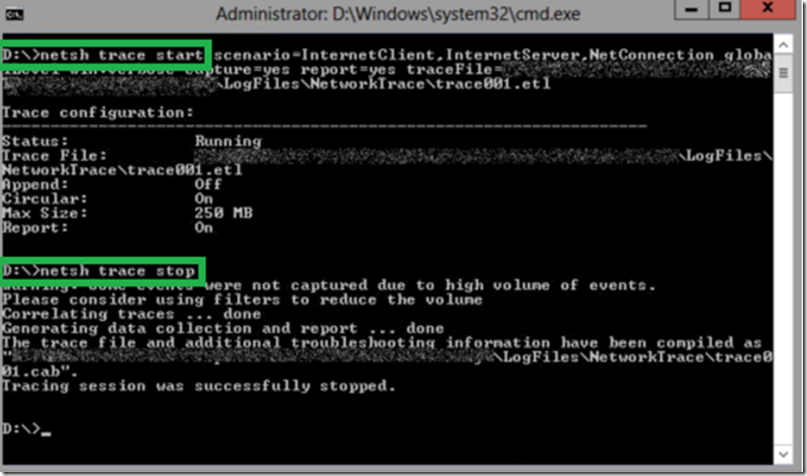 Figure 1, capturing a NETSH TRACE to find out why there is a network connection issues

Here are the details of the scenarios I used, see Figure 2 for a complete list.

Here are some other optional parameters I used:

Next, after the NETSH TRACE is started, reproduce the issue.  The execute the following command:

To read about how I analyzed the trace see here.

To view all the NETSH TRACE scenarios enter the following command, see Figure 2. 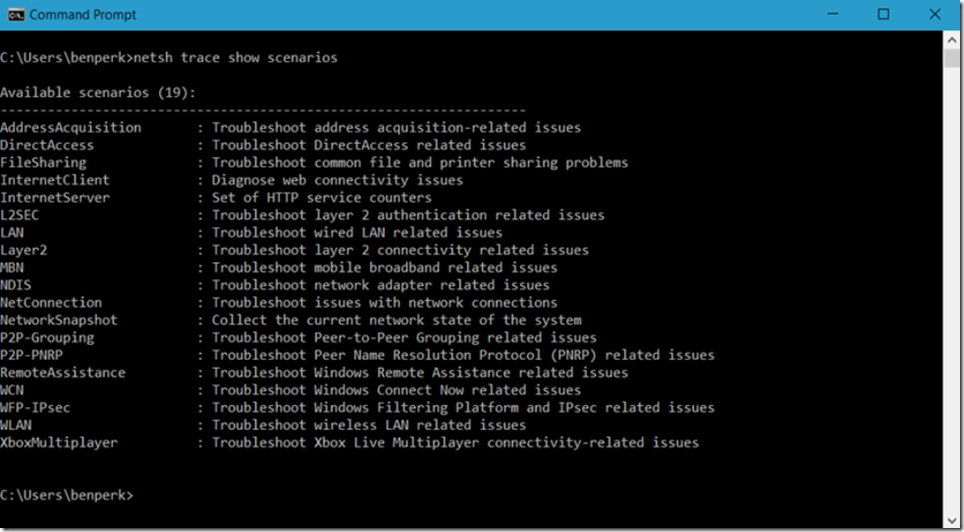 to find the values for setting the global level verbosity, execute the following command, see Figure 3.