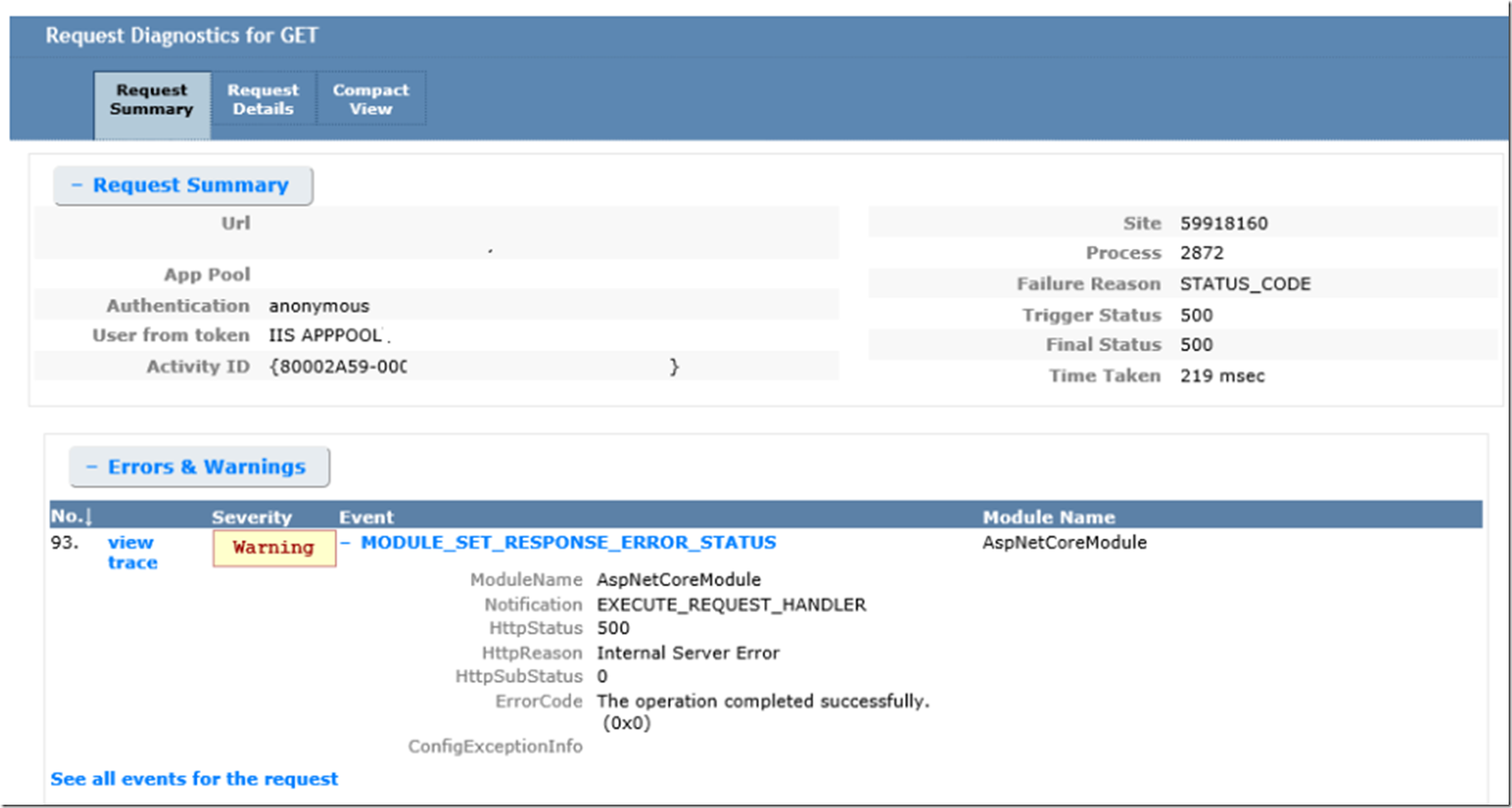 I often get Failed Request Trace logs via email that when I open them I only see the data, I mean it is not nicely formatted like that shown in Figure 1, rather I see what is in Figure 2.

And when I opened the XML FREB trace in NOTEPAD, it looked totally unformatted, Figure 3.

I did place the FREB.XSL into the same directory as the trace, but no luck, still only a text dump.  So I opened that file in Visual Studio which automatically reformatted it and made it look how I would expect it to be, Figure 4.

Figure 4 not nice Failed Request Trace log, corrupted FREB log, will not display, open and reformat it in Visual Studio

Save the file, and then re-open it in a browser and all is well, looks just like I wanted it, Figure 1.