I created an Azure Function using these instructions and the Visual Studio Tools For Azure Functions which I discussed here and here.

I also found some good instructions on how to test Azure Functions here.

As shown in Figure 1, I created a C# Http Trigger Azure Function named ‘SayHello’ with an Authentication level of Anonymous. 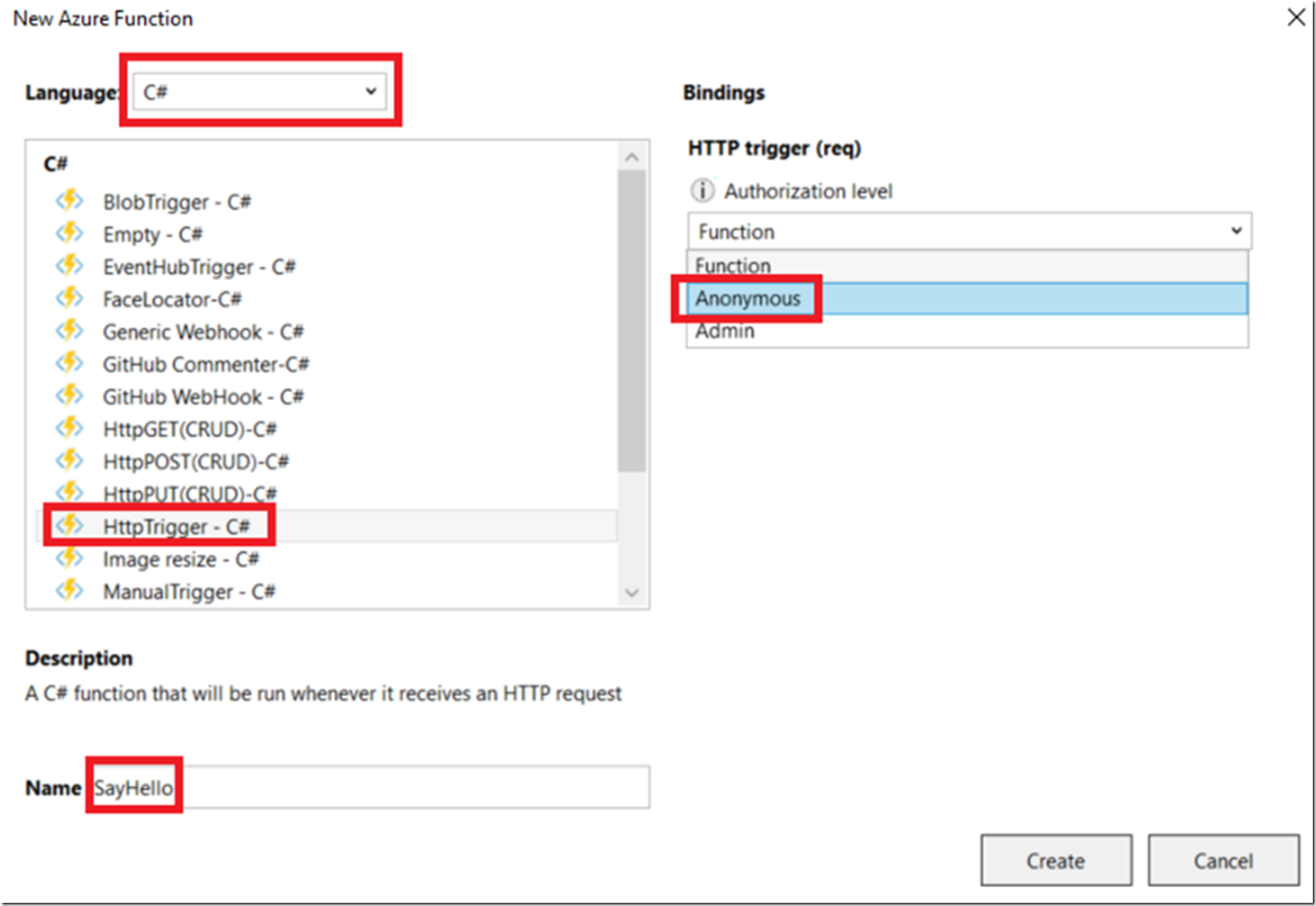 Here is some information about the different Authentication levels which control whether you are using an API key and which key to use.

If you hover over the ‘i’ button shown in Figure 1, it also states that “The function and master key are found in your host secrets file.  For user-based authentication, go to Functions App Settings”.  The Function App Setting are accessible in the Azure Management Portal.

After select the Create button shown in Figure 1, I ran the Azure Function right in Visual Studio by pressing the

Notice in Figure 2, after starting the Azure Function in Visual Studio that it states “No ‘Id’ property defined in host.json. Updating host.json with a new ‘id’”

In Figure 3, I use CURL to call the Azure Function.

I know the code is different, ignore that, it does remain the same after deployment.

← Dumping modules from a memory dump for decompilation, decompile
How to disable TLS 1.0 on an Azure App Service Web App →