I was setting up an Application Request Routing server and received the error shown in Figure 1 when I attempted to access the ARR URL. 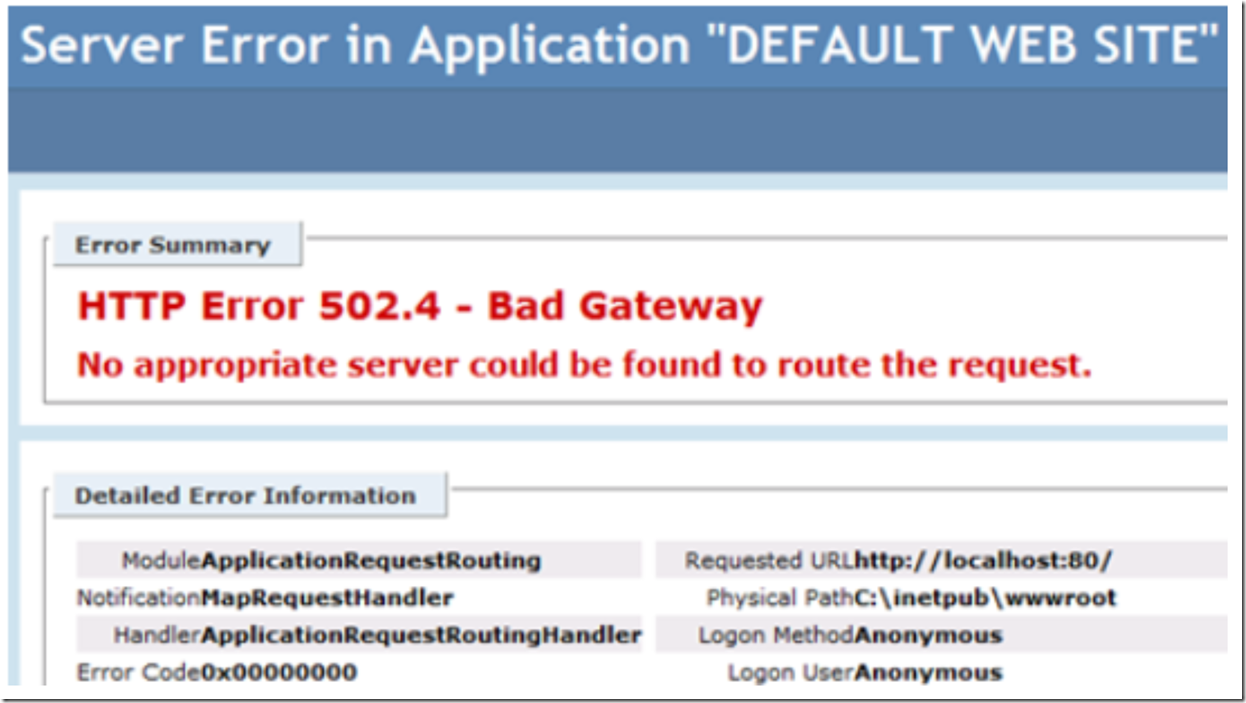 To correct this, I first resolved the issues with my Health Tests. I then selected one of the app* servers and in the Action pain selected “Set Server as Healthy” as shown in Figure 3. 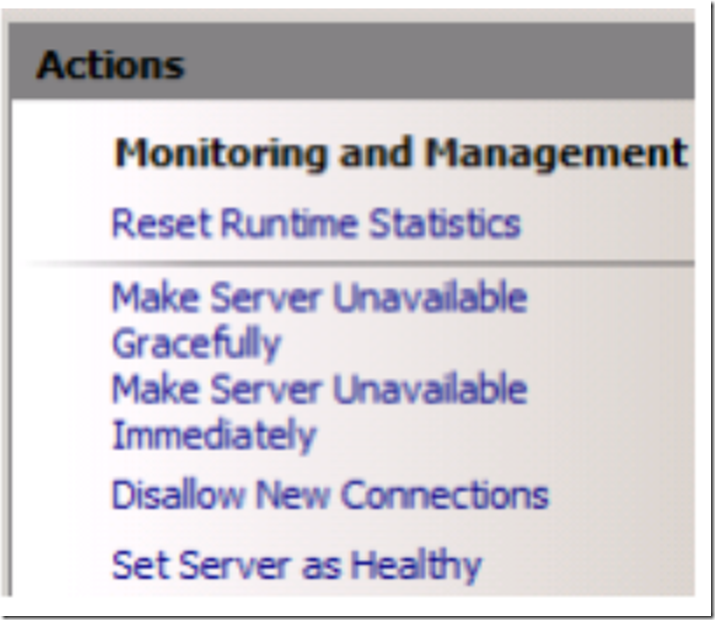 You should be aware that if the Health Test you configure fails, the server will be set to Unhealthy.